Do you have one of those “this is life changing” ideas floating around your head? Are you ready to start your journey to making your dream a reality?

In this post by The Physician Philosopher, we take a closer look at what exactly it takes to develop a medical invention and what could be standing in your way. You might be surprised.

Today’s Classic is republished from The Physician Philosopher. You can see the original here. Enjoy!

“Dude, they liked it!  They want to enter into a non-disclosure agreement and buy it!” Eighteen months after my partner and I came up with an invention in my specialty (and after speaking with only one company), we found someone who wanted to buy it. It was pretty sweet.

Given that The Physician Philosopher website is geared towards helping young medical professionals and trainees, I think it’s useful to talk about ways to supplement our incomes. After all, this really helps us build wealth more quickly.  This is often done through side hustles such as locum tenens work, medical malpractice reviews, incentives, and even making an invention!

Today, let’s discuss five things I’ve learned while going through the process of making a medical invention. All of this is something you should know before you ever start making an invention of any kind.  Let’s dig in.

Number 1.  You may not own your own idea even if you think you do

It came as a surprise to me when my colleague (the one I happened to make this invention with who also happened to be married to a patent lawyer) told me that the hospital owned my idea, too.  After looking into it, I was less surprised to find out he was right.

The truth is that if you come up with an idea that is related to your work while you are at work, or if you have worked on the idea at all while being paid by your hospital….then it is unlikely that you can claim complete ownership.

Not two years ago, my hospital owned 70 or 80% of the money made by an invention from someone that worked here.  They “wised up” and realized this really didn’t incentivize people to create novel ideas. So, now they get 50% of the first $500,000 and 60% of all money after that. It’s a much better deal.

The percentage split over the money made from an invention can vary by institution.  If you have an idea, you should find the policy for your hospital before you start the process. Otherwise, you might be stuck with whatever they offer if you start on the idea while working on at your workplace.

Number 2. “The only ship that won’t sail is a partnership”

I think the above quote comes from Dave Ramsey. I definitely don’t agree with everything he says, but I do agree that you need to be careful entering into a partnership with friends, family, and colleagues.

Anyone you discuss your idea with can then go and pitch the same (or similar) ideas to someone else.

Additionally, expectations should be extremely clear between you and anyone you partner with. Simple as that. When expectations and reality aren’t similar, someone is going to be mad.

Confidentiality is also key when it comes to inventions, which is why you haven’t ever heard me describe exactly what it is that my invention does.  It’s pretty cool, though. You’ll just have to take my word for it. Maybe someday I’ll be able to show it on here.

Up until March 16th, 2013 the United States was a “first to invent” country.  What this idea meant is that when a person first invented something, that is when it became their idea.  At that point, if they can prove when they invented it, then they own the idea at that point.

Well after March 16th, 2013 we are now a “First to File” country. Therefore, the above ideology no longer matters.  The date you file the patent is the date you first truly own your idea. You read that right, and that is why number 2 above (who you tell and who you partner with) is essential.

Still, it is recommended that if you make drawings of anything that you sign and date it on the date that you created that drawing.  It is best to document everything you can along the way; even if we are a First to File country.

Number 4. Making a Product-in-Hand versus an Idea in the air

Many medical companies have cut down their research and development divisions in lieu of finding ideas that have a physical presence.  This isn’t always necessary, but if you can make an idea that has a prototype actually created; then that will probably have a higher chance of being purchased.

Think about it, telling someone about an idea is one thing.  Putting a physical object that they can touch, and feel, and see…that’s another.  They’ll understand the concept better.

This leads into the following point that I learned…

Number 5. You will need some help

There are many people involved in the process of making an invention.  Let me list some of them.

First, there was my partner.  He helped me smooth out some of the edges on the design and helped pitch it on the day it was sold.  Additionally, as an added benefit, his wife is a patent lawyer, which proved helpful.

Second, there were the people we needed to convince to spend money on developing our idea.  This includes leadership in our innovations section at the hospital. This was where we had to explain the problem that needed to be solved, and draw out on a napkin how we were going to solve it.

Third, we had to meet with the engineers who produced the first prototype.  And the second. And third. They had the Ph.D. engineering knowledge to perform 3-D injection molding but needed the medical knowledge to know what was helpful and what was not. This was, by far, the most enjoyable aspect of the experience. Thinking outside the box has always been fun to me.

Fourth, there were the salespeople who were responsible for finding a possible buyer. They did the grunt work to see if any of their contacts were interested and arranged the meetings. Glad I didn’t have to do this.

Fifth, the patent lawyers.  They filed our provisional patent.  This work required them to write down in words what our invention does in real life.  And make the description specific (and broad) enough to capture all of its parts in case someone thought of something similar.

As you can probably tell from this list… there were a lot of people. This goes to show that point number 1 is pretty valid.  There were a lot of people paid for or employed by my hospital that allowed this all to happen. Without them, I would have had to front the capital for all of these individuals myself, including finding them all.  I am glad to give up a large chunk of my profits to have had these resources available to me.

There is a lot more to discuss here.  If a few of you think the topic is interesting, I’ll continue to write about it.  Let me know.

In the end, I found the process a long, but worthwhile endeavor.  I really enjoyed creating something that fixed a specific problem.  If I stand to make a profit from it, that’s all the better.

Have any of you gone through the innovative process?  How did it go? Did you get shut down? Did opportunities arise?  What difficulties and accomplishments have you had? Leave a comment below. 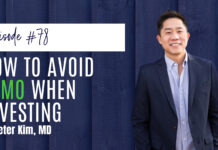 #78: How to Avoid FOMO When Investing 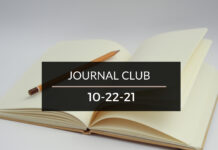 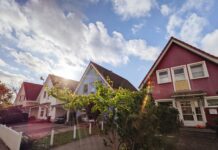