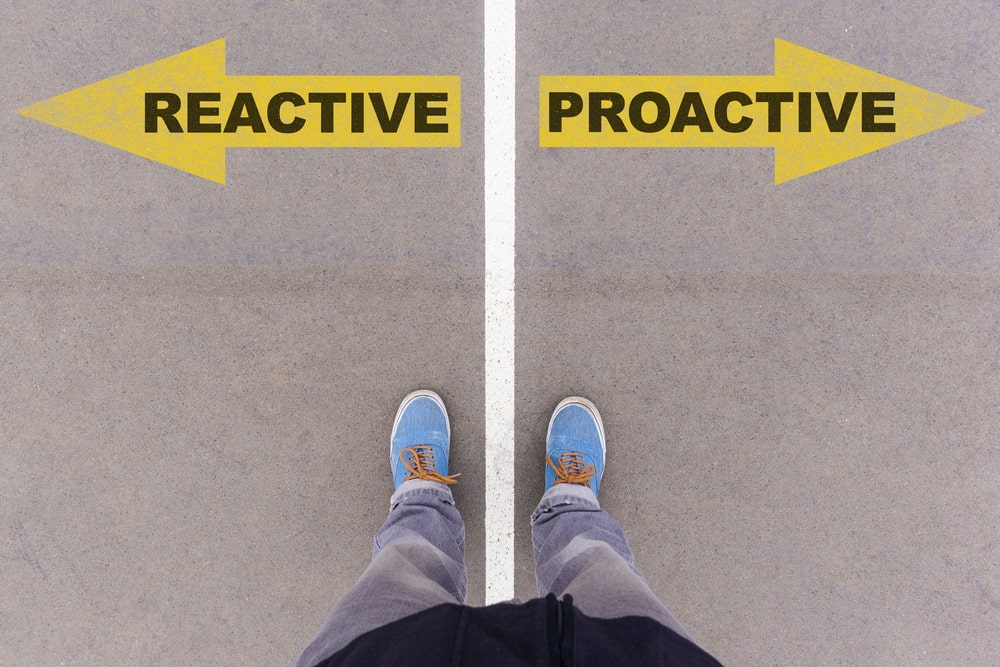 Most of us are trained to tackle problems and issues when they arrive. When a patient comes to the ER with chest pain, you sort it out. When an appendix is inflamed, you remove it. Sure, there are preventative medicine docs, but the vast majority of us focus on solving problems after the fact.

It makes sense, then, that we tend to act the same way when it comes to finances and definitely when it comes to creating passive income – we often wait until there’s an issue to do anything about it, such as:

I’ll be honest. All of that was me… Only when some things happened at work and I realized I was not in control of my time, only then did I look for solutions. I’m just lucky it wasn’t a huge event, like being replaced or losing my job.

For me, it was a warning shot, like angina, that if left unaddressed or untreated could and would surely lead to significant issues down the road.

Maybe you’ve experienced that warning shot. Maybe you’ve seen a friend hit hard when their practice goes under, but you didn’t take any steps to avoid a similar misfortune.

I’m glad I did something when I did because, in today’s world, things keep coming up. New challenges, new threats to the good life. However, now that I have a comfortable hedge, I have options.

That peace of mind didn’t come easily or without taking some risk. But the cost of inaction – of doing nothing – was far worse and future rough times was essentially guaranteed. There was going to be pain in the long-term if I didn’t try something now.

And so I started to develop multiple streams of income.

At first, it seemed as though I spent far more energy and effort on it than it was worth. I certainly wasn’t seeing the huge return I’d hoped for. However, over time, I found that all the energy and effort were starting to pay off. I noticed gradual increases in returns. Soon, I realized that I was making less and less effort and the income continued to increase.

There are many others who, like me, have taken steps to make sure our financial future is secure, no matter what might happen in medicine. However, there are many more who haven’t. So why is it so hard to be proactive?

I think it’s one of two reasons. For one, it’s comfortable to stay where you are. You have a routine, and many of us crave consistency. Everyone needs to feel like their situation is stable–especially in medicine, a field rife with uncertainty.

It may also be the fear of pain, whether in the short-term or long-term. That pain might be a loss of money, or failure, or even the fear of losing face.

It ends up being easier to just ride the waves as they come.

That is until things force us to change.

We may be good at dealing with problems as they arise, but when it comes to our goals—both financial and for our lives–this approach can lead to problems.

When a problem has reached the point where all you can do is react, it’s harder to solve the problem. The pressure in those situations is altogether different than in the time leading up to it; you have to fix things now, and it’s much harder to operate under those conditions.

No doubt most of us are used to acting well under pressure. When there’s a crash c-section and you need to intubate someone, you revert to your training and just do it. When the trauma team has to take care of the patient who has been in a severe car accident, you jump into action.

However, we all know that this immediate pressure changes the way we might have treated things if the situation were less time-sensitive. You have less time to think through problems and come up with the best solution. As a result, you usually focus on the vital stuff first and handle the consequences later.

This lack of time doesn’t lend itself to forethought. It doesn’t let us plan for the future, and when we see other physicians or practices struggle, we feel anxious about what the future holds.

You Look For Short-Term Fixes

Your most immediate need in a reactive situation is to get out of that situation. You’re looking to escape, not for the situation you will most thrive in.

Instead of trying to figure out what would be best in the long run, you make decisions to avoid the most amount of short-term pain.

For example, if your group practice gets bought out and you lose a contract, instead of trying to figure out your ideal work situation, you find the next position that’s open. Maybe it’s in an ideal location, maybe it’s not.

This reactionary behavior can lead to burnout like nothing else. It can make us feel trapped, at the mercy of our circumstances. This leads to stress, and we sometimes begin to forget our love of medicine. It’s an unfortunate reality for many.

Some Thrive, But Can You Take Risks

Of course, some of us thrive in that environment. But when it’s not only yourself that you have to think about (your family for example), it’s hard for you to take certain actions because of perceived risk.

You can’t think about taking risk because there’s no room for it. After all, how can you risk your family’s well-being?

In reality, though, risk is an important part of any success. Sure, you want to minimize as much risk as you can while maximizing gain, but that’s hard to figure out when it’s all on the line.

When I ask people whether they think their life in medicine will be better, the same, or worse in 10 years, the vast majority will say it will be worse. It’s not because they’re not passionate about taking care of people, or because their skills will decline, or that new advances in medicine aren’t around the corner.

It’s mostly because they see the political, regulatory, and financial environment of medicine today and see the direction it’s currently headed.

So if they already know in their minds where they’ll be in 10 years, I wonder how many are being proactive about their lives, knowing that change will come?

Or are they just moving ahead like lemmings, waiting to fall off the eventual ledge?

Ultimately, the ones who are proactive will be the ones that will be in the best situation, with the ability to choose what their lives will look like. Rather than being reactive, dealing with problems as they come, being proactive about your future means less stress, less anxiety, and a better outlook for yourself and your family.

It may take a bit more effort to create passive income now, and I get it – it can be intimidating, even scary. But it’s very worth it.

I’m an optimist at heart, so I hope that in the future, medicine as a profession will be in a better place. But I’m not waiting around silently for that to happen. I’m proactively making sure I’m prepped for whatever comes ahead.

Thanks for checking out this and our many other posts on Passive Income MD. If you haven't already, be sure to find and join our physician community, Passive Income Docs, on Facebook.