How to Build a Real Estate Crowdfunding Ladder - Passive Income

BlogAll Articles
How to Build a Real Estate Crowdfunding Ladder 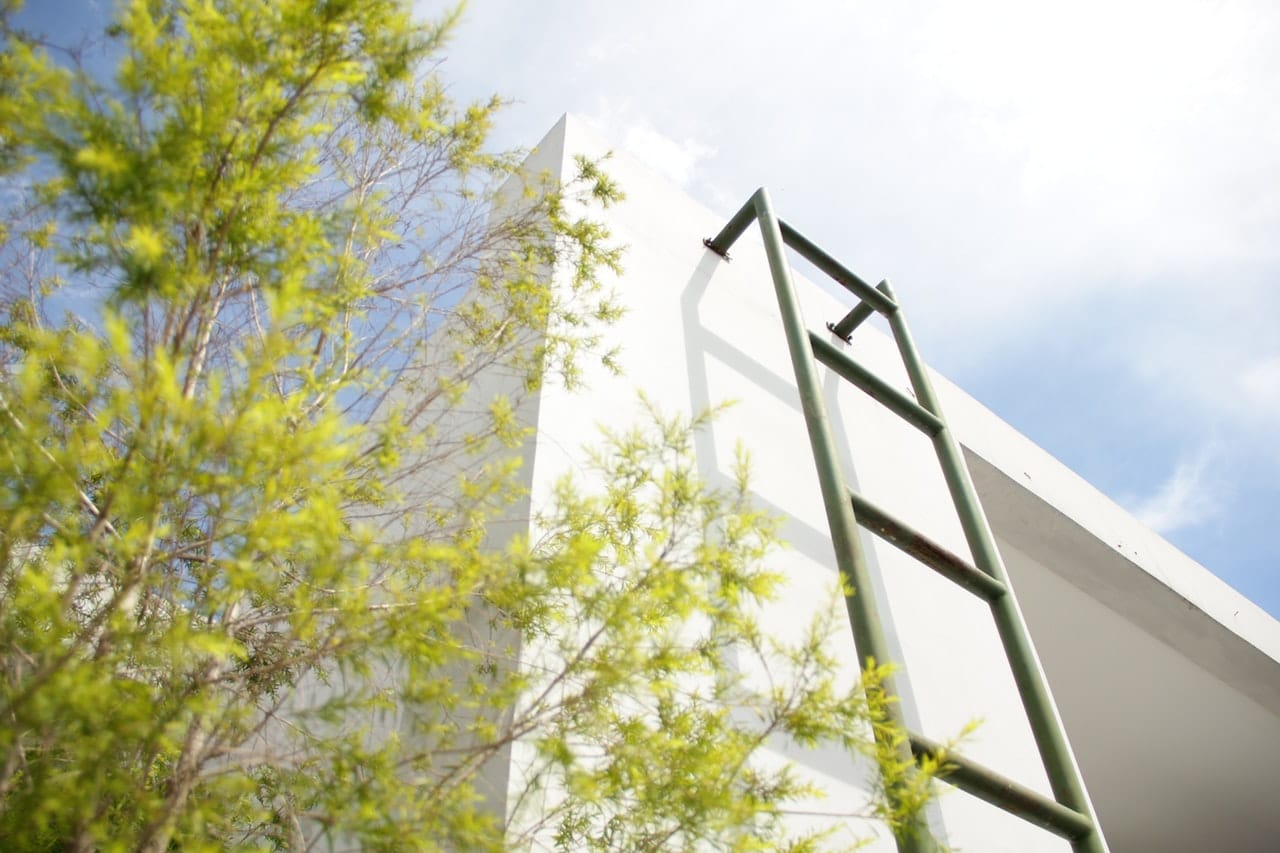 How to Build a Real Estate Crowdfunding Ladder

I’ve talked at length about Real Estate Crowdfunding in other posts, and how certain platforms allowed me to dip my toes into real estate investing. This helped kickstart my journey to developing real cash flow. In fact, if I hadn’t started when I did (four years ago), there’s no way I would be where I am today: where working in medicine is optional.

The fact is, it’s really up to you. For example, if I have a specific sum of money to invest, I like to utilize it as soon as possible. The concept of cash drag comes into play here, where whatever money is just sitting around in a savings account minimizes the potential return I could be getting by having those funds participate in a deal. However, I know some individuals who like to invest in increments for reasons stated throughout this post.

There are so many types of deals out there, from purely debt deals or equity plays, to investing in syndications or real estate funds through crowdfunding. They each carry their own set of advantages and disadvantages. If you need a quick primer on these, check out this post.

The Problem of Liquidity

One of the biggest disadvantages of investing in real estate, whether it’s through crowdfunding or simply owning your investment properties, is a lack of liquidity. With stocks, it’s relatively easy: if you need to sell some for some cash, it just takes the click of a button. The flip side of that easy-to-sell model is the temptation to time the market–and we all know this is a fool’s game.

Sure, you might get lucky every once in a while, but over time, you’ll most likely end up doing worse than if you had played it boring and safe through consistent investments in well-diversified mutual funds.

Personally, I’ve been extremely trigger happy in the past and sold when I shouldn’t have. Having that discipline is definitely a weakness of mine.

Investing in real estate through ownership and through crowdfunding basically forces you to let the investment sit, as liquidating can be difficult.

Of course, if unexpected expenses come up or interesting opportunities arise, it’d be nice to have a little “dry powder”. In that scenario, I could raid some taxable accounts or use my HELOC if necessary, but it’s nice to also have some capital returning every few months from my investments. So, I’ve adopted a strategy when it comes to crowdfunding. I call it THE REAL ESTATE CROWDFUNDING LADDER. Trademark pending haha.

As you already know, my main goal with investing is cash flow. I believe that this income changes the way you live–not just tomorrow, but today. Appreciation in value is great, whether it’s a stock portfolio or some rental property, but if it’s for a day 20-30 years from now, then I consider that nothing more than a bonus play. I want my investments to change the way I live my life as quickly as possible, whether that means having the flexibility to work as much as I want, travel, and spend time with my loved ones. There are no guarantees in life, and one of the top regrets of the dying is that they worked too much.

This mindset led me to the real estate crowdfunding ladder. The idea occurred to me one day as I was reading about CD ladders. In brief, a CD (certificate of deposit) ladder is a system of putting money in multiple CDs with different maturity dates. After a certain point, there is always a CD maturing which gives you some liquidity, and the choice to do whatever you want with those funds.

For example, CDs are usually purchased in yearly increments (1, 2, 3, etc.). Your money is locked in that account and guaranteed a certain amount of interest during that entire term. Of course, the longer you can commit to keeping the money with the bank, the higher your interest rate will likely be.

So let’s say you have $30,000. You could put it all into one CD with a three-year term, and capture whatever the current interest rate is at that time. At the end of the three years, you’ll receive your return of capital with accrued interest.

Or, you could divide the same $30,000 into three $10,000 CDs: one for a one-year term, one for two years, and one for three years. That way you know that $10,000 will be returning to you every year for the next three years. The following image is an example of buying different term CDs, then subsequently buying 5-year CDs when that term is up. You can see that at the end of each year, you have capital returning to you.

If interest rates rise, then you’ll have cash returning at intervals to invest in new CDs or make other investments. If rates fall, then you know that you still have money invested in longer-term CDs that come with higher rates. There are people who build years and years of CD ladders with large sums of money, and this guarantees that they’ll have liquidity and interest income every year.

This gave me the idea to do something similar with real estate crowdfunding. I value liquidity, but I also like to diversify. Furthermore, I like the idea of having my capital returning to me every so often (in addition to cash flow earned from interest or dividends), so that I can push it into new ventures or do whatever I want with it. So what I decided to do was invest smaller amounts in multiple deals with varying expected exit dates.

Here's an example of what it might look like if I put $10,000 into 3 separate deals with varying time frames (1,2, and 3 yr terms). Capital would be returned to be at the end of each year.

Now the next step would be to take that capital and invest into further deals at varying lengths trying your best to vary the exits of the deals. That way, capital would be returning to you every year.

So I created a simple calendar using Excel and would map out when these deals would expect to exit. My goal was to make sure deals would exit at different times and over multiple years. That way, at a certain point, deals would be exiting all throughout the year and I’d always be getting some sort of cash return.

This method spreads out risk across deals and timing. I’ve even invested in deals that will last 3-5 years. Those are harder to time, but I still went ahead and added them. Here's a quick look at a part of my spreadsheet. Simple, but it showed me when things were expected to exit and I would be getting a return of capital. Didn't get a perfect spread as the terms didn't always land perfectly on certain months but you can see that I was trying.

Why do I want that liquidity? Well, who knows what I’ll need that money for. Perhaps I’ll want to continue to put it into more short-term crowdfunding deals. Perhaps I’d want it to invest in a rental property or a long-term real estate fund. Perhaps it’s just having that flexibility–especially because the success of some of these shorter-term crowdfunding deals may be somewhat dependent on how the real estate market is doing at the time.

I’m also doing this somewhat of a test run. Someday I may be living off a good amount of the income that comes from these real estate deals, and because consistent flow is key, I’d like to see if I can set up a system where I have both constant cash flow and liquidity.

Now, of course, there are some issues that could arise with the deals to affect your perfectly time ladder.

Some of these deals don’t end exactly when they say they will, for example. If the borrower refinances, or if construction finishes ahead of schedule, the term can end early. On the other hand, if construction is delayed or, in the case of equity deals, the house is still on the market and doesn't sell for a little while, the term can end up being longer. You still receive your monthly dividend, but the exit doesn’t happen (sometimes in that case, the developers ask for an extension).

And then there’s always the potential for default, and the platform you invest with would have to figure a way to dispose of the property. That could throw a wrench in your expected return, both in timing and amount. Thankfully, I’ve had a few delays in payment here and there, but I’ve had no outright defaults or foreclosures.

The real estate crowdfunding ladder can be a great way to maximize returns while still maintaining a kind of liquidity. With this method, you can (fairly) consistently gain dividends and payouts (return of capital) without having to wait for years at a time, while still reaping the benefits of the returns from these deals.

If you’re looking for some element or feeling of liquidity, or if you’re trying to create a system that allows you to live off the cash flow, both like I am, then the real estate crowdfunding ladder might be a good option for you.

Where might you find some of these crowdfunding deals? Well, take a look at the platforms on my list of The Best Real Estate Crowdfunding Sites. You'll have to sign up to see the deals.

Are you ready to start your journey by creating passive income through real estate? Then click below to the waitlist for our next class season. We will take you from zero to confident. There is no obligation to join our waitlist! See you on the inside!