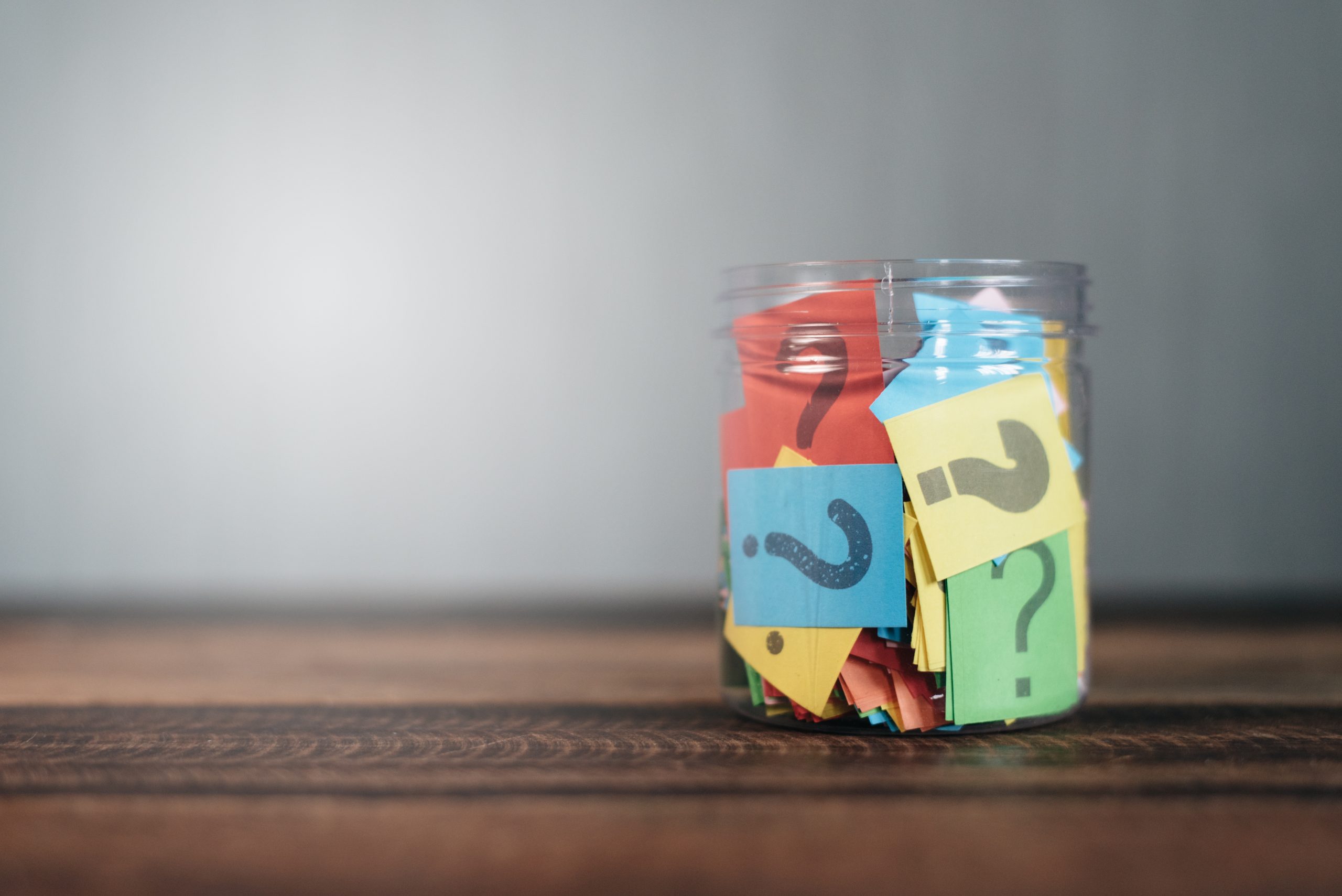 The Physician on FIRE did an awesome interview with an anesthesiologist named Tom who used to run a site called High Income Parents. They covered everything from learning personal finance, whether or not Leif (Physician on FIRE) set a record by walking a marathon – yes, I said walking – and how Leif and his wife have taught their kids the importance of managing money at an early age.

I took part in this interview series with another anesthesiologist named Tom on his site called High Income Parents. Unfortunately, his site doesn’t exist any longer, which means my interview disappeared, too.

Why did he stop? All this talk of FI must have gotten to him. He and his family sold most of their belongings and they moved their family of seven to a sailboat for a major sailing adventure!

With all that is entailed in a major change in life’s course, he hasn’t been able to keep up with the blog. But I’ve already commissioned a guest post that I hope I’ll be able to publish after his amazing new life has begun!

Fortunately, I still had the e-mail I had sent Tom with my interview responses, and I went through my answers, revising and updating them for 2020.

Today, I’m sharing the interview, previously known as the H.I.P. exam, with you (or y’all as they say in Texas where Tom currently lives with his wife and five kids). Hmmm… five kids… I don’t know how he found time to brush and floss his teeth, let alone run a website!

From here on out, the questions are his and the answers are mine. Enjoy!

A Q & A with Physician on FIRE

Two Truths and a Lie. Tell us two things that are true and one that isn’t about you. Make them something not too many people would know. We’ll come back to this later.

I spent a summer in high school as a glassblower’s apprentice.

I held the course record for a 13.1-mile power walk for the better part of a decade.

My first name was the name of a Swedish McDonalds sandwich, preceded by an “Mc” of course.

What do you do for a living? How long have you been doing it? What is your favorite part?

I come up with unique names for McDonald’s sandwiches.

In my spare time, I also practiced anesthesia. I finished residency in the summer of 2006 and retired from medicine in 2019. To be honest, my favorite part of the workday was when I would find out the last case of the day has been postponed for one reason or another, and my workday ended early.

My second favorite part was performing peripheral nerve blocks under ultrasound guidance. It’s an incredibly effective procedure that patients absolutely love, and it’s quite fun to be able to visualize the needle adjacent to nerve beneath a patient’s skin.

Now, I blog at physicianonfire.com. The best part is the positive feedback I receive from people who have turned their financial lives around.

How did you learn about personal finance? Did you have any big role models that mentored you financially?

My parents shaped my perspectives on money in so many ways. We were a family of more means than I fully realized, but we shopped at garage sales, thrift stores, and were always on the lookout for a good value.

In an interesting contrast, we often did our bargain hunting on the way to or as an excursion from my family’s second home, which was a lake cabin.

It seems paradoxical at face value, but it actually makes perfect sense. A big part of what allowed them to afford a second home (which they have since retired to as their primary and only home) was their frugal ways.

My father also taught me the Rule of 72 and the power of compound interest when I was first earning money mowing lawns. I took that knowledge to heart.

How many children do you have? How old are they? 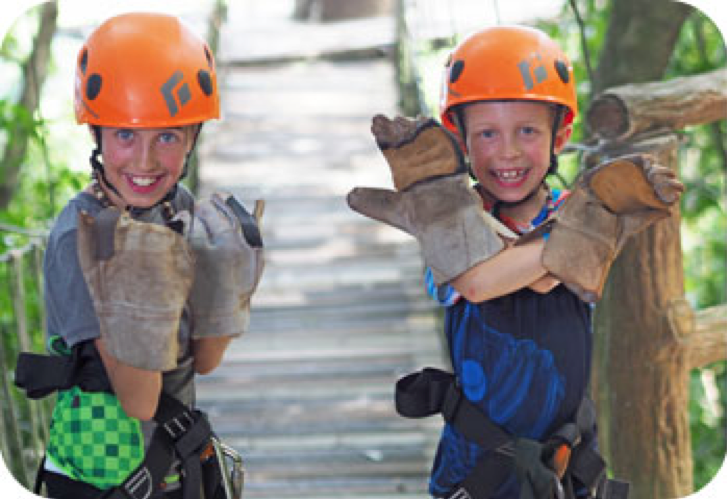 My wife and I have two boys, now 9 and 11 years old, and they are our world. As my regular readers have figured out, I have early retirement aspirations. Before I realized I could easily afford it, I figured I’d keep working at least as long as we’ve got kids living with us.

Now that I understand that we’re financially independent and work is optional, we’re super psyched to live out some adventures that we could never manage without the benefit of both financial and location independence.

How do you help them manage money while they are young? Do you have an allowance system? 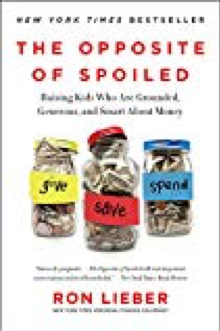 We’re the least original people I know. We have the three jars. Save. Spend. Give. Right now, they get a dollar in each. The idea came from the pictured book, The Opposite of Spoiled by Ron Lieber, which I can highly recommend, although the juxtaposition of them prepared for the jungle canopy zipline does not exactly suggest they’re the opposite of spoiled.

The jars tend to fill up, so we’ve started a bank ledger of sorts for the Save portion. Any gifted money from birthdays, Christmas, and other celebrations gets added to the balance on a spreadsheet. Every month, the boys receive 1% interest and I show them what they got for leaving their money “invested” with us in the Bank of Mom & Dad.

How do you plan to help them manage money as they get older? What will change as they grow?

Both my wife and I got “real” jobs when we were 15 or 16 and worked for money before that, so I imagine our boys will do something similar.

We want them to know what it means to work for money, but we also want them to receive an education from others who know a lot more than we do.

That provides a good segue to the next question, which is…

How do you finance their education? Do they go to public school? Private School? Home School? What is the reason for your decision?

Both boys had fall birthdays and started pre-school about the time they turned three. Living in rural areas, the bills were quite reasonable. Our younger son does his best to keep up with his brother and was reading chapter books by the time he finished pre-school. He actually skipped kindergarten and went straight into first grade. In hindsight, he might have been better off entering kindergarten early, which would have saved us a few thousand dollars.

Previously, they were both enrolled in the same public elementary school. They each qualified for the district’s gifted program, so they will had the same teachers one year apart and will be learning at a quicker pace with the same group of kids each year.

Now that we can be truly location independent, we have opted to homeschool, or “road school” or “world school” as we have ambitions to the world while they are still young. As of January 2020, we have just returned from two months in Mexico and we’re off to Spain in a few days for a couple of months.

We did things like this in shorter spurts the school year, spending a few weeks each in Mexico (see Guanajuato trip report) and Hawaii (see Hawaii trip report), and we’ve also done medical mission work in Honduras.

Do they plan to go to college? If so, how do you plan to pay for college? Is the child responsible? Are you fully responsible? Is it a bit of both? How did you decide this?

I wasn’t about to pull the trigger on a lucrative career without fully accounting for our boys’ post-secondary education.

I have funded a 529 Plan for each of them with balances of over $100,000 apiece so far.  With another 7 to 9 years to grow before we plan to touch them, it should be a tidy sum when they matriculate to college and perhaps beyond.

I want it to be enough money to keep them out of debt if they pursue reasonably affordable options (like a quality public university) and if there’s money left over when they’ve finished their schooling, those dollars can grow for another two to three decades and be used for our grandchildren’s’ education.

If they need more than the 529 provides, student loans may be in their future, but we’ll cross that bridge if we come to it.

What is the most important financial lesson you could teach your children?

I’ll assume they’ll read at least some of what I’ve written and know how to be relatively frugal, invest wisely, and attain financial independence in due time.

My lesson will be to give generously. They’re starting from a position of incredible advantage and need to recognize that.

In addition to the college funds, I also plan to have donated 10% of our nest egg to donor advised funds designated to be given away throughout our retirement. I’d like our children to be at least as generous, if not more.

Okay, fess up. What was the lie? Tell us about the truths.

I’m incredibly good at drinking from a glass (you should see me sometime!), but I’ve never blown glass.

Regarding the Power Walk, I refused to run when my new bride wanted me to be a runner. She signed me up for a 5k. I am a stubborn man. She had no idea to what extent. 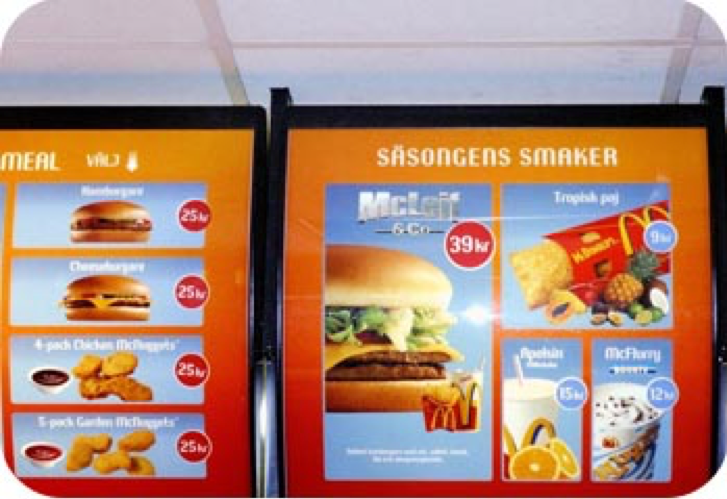 I started getting into the not-running of these races. We signed up for a race that had a half-marathon with a walker’s division. I had perfected my swivel-hip racewalking routine and finished in first place, coming in about a minute ahead of a 66-year old with a two hour and sixteen minute time.

It turns out that was the best time in the history of the event and it held for another eight or nine years until an Olympic-caliber racewalker shattered my time by about a half an hour.

When I was a medical student on an away rotation in Stockholm, my name was in lights with a “Mc” as a prefix. I never ordered the McLeif sandwich, but in hindsight, I wish I had.

What is the number one money/finance/investing tip you have for high income parents?

Ignore your income. At least when it comes to spending. The two should be completely uncoupled.

Take every deduction available by maxing out your tax-deductible contributions and charitable giving, but when it comes to spending, forget how much you make. You’ll be the Millionaire Next Door before you know it.

If you liked reading this Q & A about Leif and his family, subscribe to his blog, Physician on FIRE. 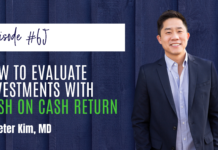 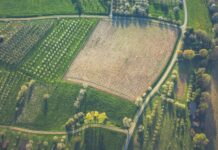