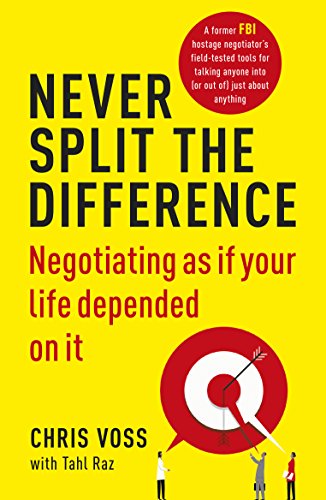 Never Split the Difference is a book written about negotiation in business and sales by Chris Voss, a former FBI lead hostage negotiator. On first pass, this book might sound like it has no relevance to physicians.

However, I believe this could not be further from the truth – it is vital for physicians to learn about negotiation.

Let’s face it, physicians are notoriously poor negotiators. Take a quick moment to think about this – do you think that physicians have become more or less of a powerful voice over the last 20-30 years, not only in the public domain but even in our own domain, healthcare. Are we in a better position than we were then? I believe a lot of that has to do with the fact that we’ve negotiated poorly over time.

But it’s not all our faults. Physicians often end up negotiating in a bubble without others standing next to them. For the most part, we negotiate our contracts separately. That’s the nature of our business. We cannot and do not unionize so we don’t benefit from the power of collective bargaining. We’re also so busy and focused on taking care of our patients that we often don’t have the bandwidth to fight other battles effectively.

We definitely didn’t learn how to negotiate in medical school or even on the job. So I believe it’s vitally important for us to devote time and energy on our own to cultivate this skill. One way is by reading books on the topic like Never Split the Difference.

So What’s In The Book?

There are 10 chapters in total, and 9 of those chapters are on different negotiation tactics. Each chapter starts with a recounting of a hostage situation during the author’s days in the FBI, and what he learned from each situation. The points all build on each other arming you with different techniques to ultimately get what you want.

Just to give you a quick taste, three simple techniques I learned in the book are:

Mirroring – Repeat the last 2-3 important words the other person says. It makes them feel that you understand them and are empathetic to their situation. That completely opens up the negotiation and you’ll be surprised what comes out of this formed bond. They often reveal quite a bit more than you would expect them to and gives you insight into what they’re looking to gain.

Using ranges in negotiations with numbers backed up by credible references to support that range. For example, instead of simply saying, “I want to get paid $200,000,” it might be better to say, “Based on my research, physicians at place X in my same position get between $210,000 and 245,000.” It makes the ask seem less aggressive but also puts the other party in the position of not wanting to offend.

Using odd and specific numbers when possible. When it comes to throwing out numbers that you’re looking for, use a specific number if possible, rather than round numbers that end in “0”. It creates the feeling that you put a lot more time and effort into coming up with it. For example, perhaps it would be even better in that previous situation to ask for $210,545 – $243,485. People definitely give more weight to numbers that seem very intentional and not round.

You have to read the rest of the book for the numerous other techniques, but the main point of it boils down to giving you the methods to discover what people’s motivations are.

Starting with that information helps you to direct the negotiation. In a way, you are leading them to a place where they feel that they won, but in reality, you’ve gotten what you wanted.

We all negotiate daily, whether it’s in our careers, or with family & friends, and honestly sometimes with patients. I’ve found it extremely helpful to have a framework and techniques to help in those situations.

Never Split The Difference: Negotiating As If Your Life Depended On It

Any other great books on negotiation that you’ve read? If you’ve read this book, how have you found it helpful? 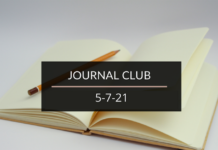 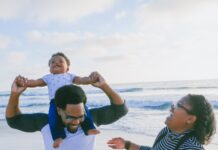 5 Things I Got Wrong About the FIRE Movement 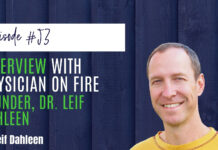 Podcast #53: One Anesthesiologist’s Journey to FIRE: Interview With Physician on Fire