What is fatFIRE? | Physician on FIRE

BlogAll Articles
What Is fatFIRE? 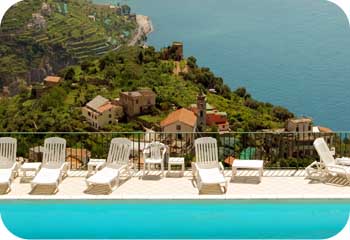 Lean FIRE, Fast FIRE, fatFIRE… FIRE? Lots of FIRE to keep up with and not the type we sing kumbayah around.

But while we're focusing on FIRE and its different flame “flavors,” Physician on FIRE gives us insight into fatFIRE and how he stumbled upon pursuing it himself.

Five years ago, I didn’t know what FIRE was. I mean, I knew what fire was — something to gather ’round to drink beers, tell stories, and burn marshmallows. But I was oblivious to the acronym that has since become life-changing: Financial Independence, Retire Early.

I learned what it meant to be financially independent. I took advantage of my FI status by working less and adventuring more. I finally put the RE in FIRE in August of 2019, retiring from medicine at the age of 43.

More recently, I have realized that FIRE comes in multiple flavors.

First, there was FIRE. You save up at least 25 times your anticipated annual spending and you’ve got a 97% or better chance of that money lasting at least thirty years. That was based upon a typical level of spending, whatever that might be for the individual of the family.

Some people, like Jacob Lund Fisker of Early Retirement Extreme fame, took spending to a new low and frugality to the next level. Achieving FIRE by virtue of a particularly lean budget became known as leanFIRE.

More recently, a fatFIRE Facebook group has surfaced (I may have had something to do with that), and fatFIRE fans from around the globe have a new gathering place. As of October 2019, there are nearly 8,000 members and you’re welcome to join us!

I don’t believe there’s a consensus or standard definition of exactly what constitutes fatFIRE, so I get to go ahead and make my own.

The average American household spends somewhere between $50,000 and $60,000 in 2018. A leanFIRE budget is at most half of that. I’d say fatFIRE is somewhere in the neighborhood of double. Since we like round, even numbers, let’s call a fatFIRE budget $100,000 a year.

Your number will, of course, vary based on where you live and how large of a family you’re supporting, if any. A single guy in Walla Walla, Washington certainly does not need as much as a family of six in Seattle to live largely.

The ability to spend $100,000 a year based on the 4% rule requires retirement savings of $2.5 Million or passive income streams that add up to an equivalent budget. $100,000 a year isn’t a steady diet of caviar and champagne, but with a paid-off mortgage and no work-related expenses, $100K can go a long way.

There’s nothing in the fatFIRE literature, which I believe consists of this post and some threads on the fatFIRE Facebook group and subreddit, that says you can’t spend more than $100,000 a year. That’s just a starting point. If you’ve become accustomed to spending $400,000 a year and have the funds to continue to do so indefinitely, enjoy your membership in the 8-figure club and fatFIRE with the budget that suits you.

I would also like to postulate that it’s possible to fatFIRE without spending $100,000 a year as long as you’ve got the means to do so. No one’s going to confiscate your fatFIRE card when your household budget ends up being $92,000 per year.

Personally, I anticipate our spending to be in the $80,000 range although we’ve got a nest egg to support a six-figure spend with a sub-4% withdrawal rate. With the rising cost of healthcare for early retirees (and everyone else) and some increased travel expenses, we may soon find ourselves pushing that six-figure number, anyway.

fatFIRE is early retirement for entrepreneurs and high-income professionals that choose not to fully embrace frugality or give up certain creature comforts that have become customary. It’s financial independence for the well-heeled.

Whereas plain vanilla FIRE and leanFIRE may require certain choices — I would never call them sacrifices — fatFIRE allows those who have undergone some lifestyle inflation and have spent some time on life’s hedonic treadmill to maintain that particular standard of living.

I’m not saying fatFIRE is better or worse than the other less costly flavors. It’s just different.

There are some clear advantages to a lower cost standard variety of FIRE. I’ve discussed relative frugality as a win/win. You get the triple advantage of a higher savings rate, a lower target number, and a resulting shortened timeline to financial independence. However, earning more also gets you two out of those three advantages, the higher savings rate and the shortened timeline. Your target number doesn’t change, but neither does your lifestyle and as Meatloaf would say, two out of three ain’t bad.

Retiring early with a multimillion-dollar net worth requires a high income. Compound interest can work wonders, but it requires decades, so to generate and save that kind of money and still retire early, you’re going to need a six-figure salary. Preferably an income in the multiple six-figures. fatFIREees are likely to be doctors, lawyers, engineers, small business owners, and entrepreneurs who have learned to generate solid income and set a large chunk aside.

These people have also chosen to retire early (the RE), so it goes without saying that these are people who are not defined by their jobs or are comfortable giving their mind, body, and ego a rest as early retirees.

There are certainly many people who have can claim fatFI with a net worth north of $2.5 Million and annual spending of $100,000 or less who have no interest in retiring any time soon. When such an individual (and I am apparently one of them now) does retire eventually, they may find themselves in a level-up category known as moFIRE, or morbidly obese FIRE.*

*moFIRE may or may not be a real thing, but it was recently coined in the Facebook group to describe annual spending in the $200,000 and up range.

How does one go from FIRE to fatFIRE? If you’ve got a solid income and aren’t quite ready to call it quits, string together a few One More Years as many of us who wear the golden handcuffs tend to do, sprinkle in a little lifestyle inflation, and you’ve got yourself a fatFIRE life.

What Can fatFIRE Do For You?

Financial independence gives you options. The plump variety simply expands those options. I do believe that a wonderful, meaningful, and joyful life can be had with a moderate level of spending. There are examples of this throughout the FIRE blog genre, and I won’t take anything away from them.

But there are some tradeoffs that have to be made to meet a particular budget to best ensure the longevity of a portfolio that doesn’t measure in the multiple millions. A FIREd life can be a life well lived, but by definition, it’s a life with certain monetary limitations.

With a fatFIRE portfolio, you can do things others can’t afford to do, at least not as often. You can travel regularly during the high season, even flying first class if it suits you. You can pick up a Tesla or an Acura NSX because you want one and you know it won’t derail your FIRE plan.

You also have a better ability to trim the fat when times are tough. If our economy hits a Stormy patch and stock values plummet, who’s got more discretionary spending in the budget to cut? That’s right, the fatFIRE family.

Sure, it might mean not going to the Super Bowl and spending more time in Southeast Asia and less in New Zealand, but your worst-case scenario might be reducing spending closer to the level of a more standard-level FIREd person. And as I said, that’s not a bad life, either.

Of course, there will always be someone living a grander lifestyle, and even a fatFIRE lifestyle will be constrained by the size of the nest egg or passive income flows. You’re just giving yourself a lot more living space under that spending ceiling with fatFIRE.

I asked current fatFIRE Facebook group members why fatFIRE appeals to them. A sampling of the responses:

“Hmmm…why would having more money be better than less money?” – Viet. [PoF: I took that to be a rhetorical question.]

“My version of fatFIRE is really doubleFIRE – enough from my investments that I am able to FIRE comfortably, plus I’m working towards a pension that will be worth roughly the same amount.

This gives me peace of mind because I know that if I don’t achieve the pension for some reason I’ll still be able to FIRE when I want. Plus, a lot of my family hasn’t had the same financial success I have. I’ll be able to use all of that extra money to help them if I end up doubleFIRE!” – Military Dollar

“I realized in my late 20’s that I was not playing “all out”…my effort did not match my potential in many areas of my life.

FatFIRE supports my overall life mantra of being a better person tomorrow than I was today.” – Paul

“Having more money is having more options.” – Vadim

“It’s a platform to give you an honest baseline of others in your SAME situation. This is an awkward or false conversation with my local friends. Everyone wants to put on a “good face”. fatFIRE seems like a more comfortable place to retire. Especially since I’m already there.” – Kel

“I am approaching the finish line. I have never wanted anyone to call me fat before.” – hatton1

“I don’t think of fatFIRE as a dollar amount ($5M vs $1m), so much as a mindset. Having leanFIRE under my belt gives a sense of security and confidence, that allows me to get off the hamster wheel that much live life on. I can take risks and pursue things without worrying about money.

fatFIRE keeps me motivated to keep learning and improving as I strive for a life of abundance that allows me to be more generous with my money and time while never having my options limited in life by how much something costs. I am searching for the right balance of learning to be happy with “enough” (leanFIRE) and continuing to grow, learn, and be productive (fatFIRE).” – Chris of Can I Retire Yet

“Bulletproof. We all want our plan to be bulletproof. FatFIRE is as close as you get.” – Doc G of DiverseFI

“I can quit work now and pinch pennies (leanFIRE) the rest of my life. Or I can work for about 5 more years, and maintain our current lifestyle for as long as we live (fatFIRE). I think I can manage another 5 years.” – Kemin

“We used a high savings rate to achieve a regular ol’ FIRE, but 16 years later it’s clear that we overshot the mark. Our FIRE expenses have lagged while our investments have outperformed. Our 4% Safe Withdrawal Rate FIRE has not only had a 100% success rate but has grown into a 2%-3% fatFIRE.”

– Doug Nordman of The Military Guide

I’ve already referred to a couple of these, but I’d like to highlight the aforementioned discussion groups and list a few websites that lean (no pun intended) towards fatFIRE:

Are you a leanFIRE, run-of-the-mill FIRE, or fatFIRE aficionado? What would you consider an ideal spending allowance in retirement?

Got a fatFIRE resource to add to the list?