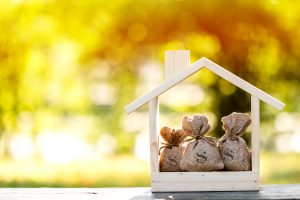 There are some benefits for a person to pay off one's mortgage early if they're wealthy. The White Coat Investor shares six reasons on today's classic.

[Editor’s Note: This is one of my regular columns from MDMagazine which was inspired by Stephen Nelson’s 2014 post Why Early Mortgage Repayment Makes Sense for High-Income Investors. It seems appropriate to mention something about standing on the shoulders of giants with this blog as much of what I write about has been said before in other ways and other places. At any rate, today we’re going to be talking about paying off your mortgage early. Regular readers know I have mixed feelings (and an update) on this topic, of course, and this post is pretty much written from just one perspective. Remember it’s titled “6 Reasons the Rich Should Pay Off Their Mortgage Early” not “YOU Should Definitely Pay Off YOUR mortgage early.”]

Most Americans have a financial goal to have a paid-for house. Many would even like to pay the house off in less than a standard 15-30-year time period. However, the truth is that most Americans probably shouldn’t be paying off their mortgage early. This is because they usually have a better use for their money. On the other hand, it is far more likely to be the right move for a wealthy, high-income professional. This article will detail six reasons why.

Joe Average has a household income in the $50,000-100,000 range. He is almost surely not maxing out a 401(k) ($18,000 employee contribution if under 50) and a backdoor Roth IRA for himself and his wife ($5,500 each). That would require a 29-58% savings rate, which is extremely rare at any income, but particularly for the middle class. Thus, if he chooses to pay down the mortgage with his extra funds, he is by definition passing up the opportunity to have tax-protected growth for decades, an extremely valuable benefit. 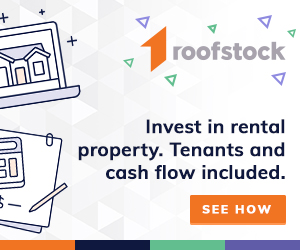 A high-income earner on the other hand, especially one who saves enough to now be wealthy, is probably maxing out all available tax-advantaged retirement accounts. So when she considers paying down her mortgage, she is comparing that to investing in a fully-taxable, non-qualified investing account, which is not nearly as good a deal.

Even if a low earner is investing in a taxable account, she may pay very low taxes on those earnings. If she is in the 10% or 15% bracket, she pays a rate of 0% on her long-term capital gains and qualified dividends. A high earner, however, is paying at least 15% on those earnings, and possibly as much as 23.8% (not including state income taxes.) This lowers her after-tax return such that her mortgage starts looking even more attractive.

[Update July 2018: This becomes even more significant now with the higher standard deduction, as most people, including many high earners, are no longer itemizing their mortgage interest, raising the after-tax yield on paying off the mortgage.]

Many advisors recommend carrying low-interest-rate debt on purpose so you can invest instead and hopefully earn a higher rate. Aside from the obvious error of not comparing apples to apples risk-wise (they should be comparing the after-tax mortgage interest rate to the after-tax return on a very safe investment such as treasury bonds, CDs, or a municipal bond fund), they are ignoring the marginal utility of wealth.

When you are very poor, a little more wealth makes a huge difference in your life economically and psychologically. As you build wealth, that difference gets smaller and smaller. So for a wealthy high-income earner, arbitraging a low-interest rate against a higher return is simply less useful. Many times these higher earners choose to lower their risk rather than increase their returns.

Many times the wealthy buy something simply because they can and they enjoy the extra bit of luxury it affords. That might mean flying first class, driving a Lexus instead of a Toyota, or carrying around a Birkin bag. A paid-off home can also be a luxury good. The wealthy simply don’t have to leverage their home in order to reach their financial goals, so they choose not to, because they can. As debt-elimination guru Dave Ramsey likes to say, “The paid-off home mortgage has taken the place of the BMW as the status symbol of choice.”

A fixed-rate mortgage provides inflation protection. If inflation goes up, it becomes easier and easier to pay that debt. However, a mortgage is a big risk in a deflationary scenario. All of a sudden you are paying that debt back with more and more valuable dollars, all while your income is dropping. The wealthy are likely to have better inflation protection already in place than the middle class. These may be investments such as stocks, real estate, I bonds, and TIPS. Also, the businesses that the wealthy own and the jobs they typically have are generally better inflation hedges than the less secure and less lucrative jobs Joe Average holds.

Average Joe generally can’t afford good advice, which often isn’t available until a portfolio reaches a size of $500,000 or more. He is left to his own devices or perhaps the “advice” of a commissioned mutual fund salesman or insurance agent. A wealthy high-earner, however, often engages a fee-only advisor who charges a fee, often 1% or more, of the assets under management. Every dollar invested increases those fees. But a dollar that is paid toward a mortgage does not. That has the effect of increasing the “return” on the money used to pay off your mortgage by 1%.

A Reason for Both High and Low Earners

Another great reason to pay off debt, whether student loans or a mortgage, is that it increases your financial freedom and allows you to take risks and take advantage of opportunities you would not otherwise be able to do. However, this aspect really isn’t any different for high earners than for low earners.

Now we’re in the CoronaBear downturn. It’s been 3 years since we paid off our mortgage. I don’t think I’ve ever regretted it, but I’m particularly grateful not to have that expense these days.

In conclusion, whether you pay off a mortgage or invest is always an individual decision and many factors should be considered. However, all else being equal, a wealthy high-earner should be much more interested in paying off her mortgage than someone with a five-figure household income.

What do you think? Did you pay off your mortgage early? Do you plan to? Why or why not? Comment below! 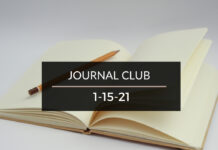