Why I Don't Have an Emergency Fund - Passive Income MD

BlogAll Articles
Why I Don’t Have an Emergency Fund 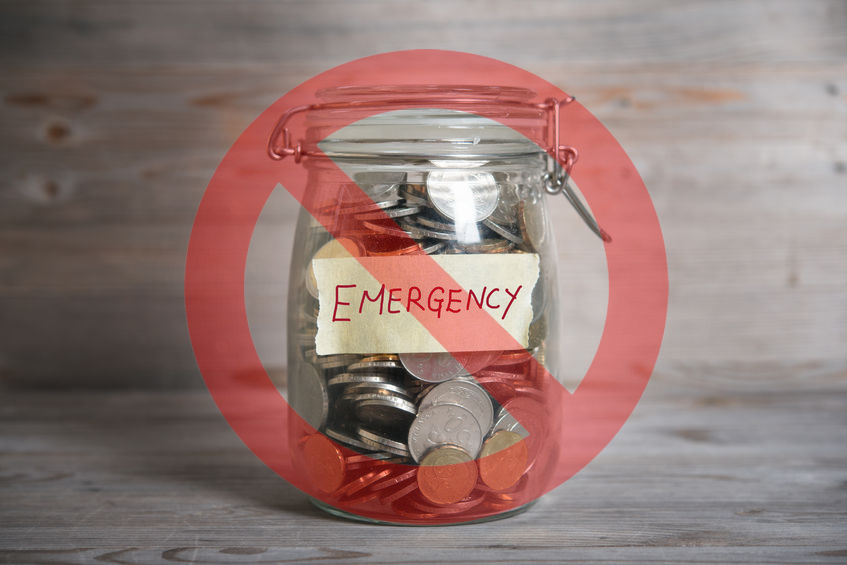 Why I Don’t Have an Emergency Fund

Before we get started, I wanted to include a small disclaimer: every situation is different, and what works for me may not work for everyone. I’ve crunched the numbers and found that an emergency fund isn't best for me. Will it be the same for you? That's what you'll have to decide for yourself. With that in mind, let's dive in.

What Exactly Is an Emergency Fund

As you probably know, an emergency fund is meant to be a buffer for unexpected costs or bumps in the highway of life. These might include the following (all are things I’ve experienced):

Given how devastating unexpected events like these can be to the unsuspecting family, most financial experts (like Dave Ramsey) recommend that your emergency fund should be able to cover 3-6 months of full expenses. Exactly how many months depends on the stability of your job, whether you have dual incomes, and how healthy you are. Suzie Orman even advocates for 8 months of full expenses!

Now, I’ve read Dave Ramsey’s Total Money Makeover. In fact, I recommend that most people should read it. Having read it when I initially finished my training, I built up a sizable emergency fund and I was confident in my ability to weather any storm.

Then… I watched as that cash sat there and did nothing. All I could think about was how it was wasting all of its potential.

I began asking myself whether having an emergency fund was truly the right thing for me. I decided to do a deeper analysis, and spoiler alert, I decided against the emergency fund altogether.

Why I Feel I Don't Need an Emergency Fund

So, here are the considerations that went into my decision:

What I Used That Money For Instead

So what happened to that sizeable emergency fund of mine? I chose to invest it and so it went to (and continues to go to) crowdfunding, investment properties, and taxable accounts, to name a few.

When an unexpected event does occur, like that $1200 procedure when my dog inadvertently sniffed something up his nose (which has happened twice, by the way), I put it on my credit card. By the next month, I’m able to pay it off in full as my paycheck comes in. I’m fortunate enough to have a buffer and don't live paycheck to paycheck, and I always pay off my credit card in full every month. If the worst case scenario occurs and the expense is very large, I could tap into one of the resources mentioned above, like my HELOC.

Ultimately, this is just one situation where I decided that the conventional wisdom just wasn’t right for my particular situation. Obviously, I believe that you need to be prepared to handle life’s unexpected circumstances. After all, the one thing we can count on is that life is unpredictable.

I say, make sure you’re prepared for an emergency, but do it in a way that makes sense.

Has anyone else eliminated their emergency fund? Anyone think I’m not being smart about this? I’d love to hear…