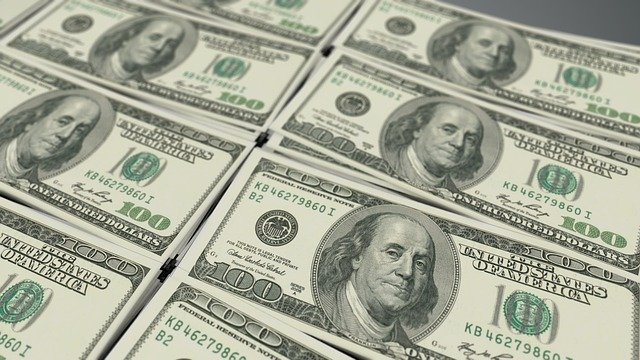 Today’s Classic is republished from Physician on Fire. You can see the original here.

In the Great Recession, I lost tens of thousands of dollars. I was just a few years into my anesthesia career and hadn’t had a lot of time to build up my investment accounts.

I had been maxing out a SEP-IRA and setting aside a bit of cash, but that was about it. The backdoor Roth didn’t exist, I didn’t have an HSA, and I wouldn’t start a taxable account until after the market had started to rebound in 2010.

About a decade after the Great Recession, in the fall and early winter of 2018, the U.S. stock market lost about 20% of its value. It would rebound over the subsequent six months, but that outcome was far from guaranteed.

While the downturn wasn’t nearly as substantial in terms of percentages or effects on the national and global economies, my financials were impacted quite a bit more in terms of total dollar value.

Instead of dropping tens of thousands like my portfolio did back in 2008, we “lost” hundreds of thousands of dollars. I use the quotes because we didn’t actually sell anything, locking in a loss.

Knowing drops of 20% or more are not at all uncommon and can happen in a flash (see Black Monday), we held tight. I did some tax loss harvesting near the bottom, but otherwise rode it out and once again, we’re back near all-time-highs.

It was interesting, having already decided on a retirement date at the end of August, 2019, to watch those portfolio values dwindle. I’ve argued that a bear market cannot take away your financial independence, but would I be about to pull the trigger on this early retirement thing if the market were down another 20% this year rather than up by that much?

Maybe not. I’d probably take a break, but I might be looking for locums work before too long.

I would sell off my K-car. Goodbye, Reliant automobile.🎶

I’ll be the first to admit I spend too much time on forums and in Facebook groups. Many of them, particularly the larger ones and the ones that attract a younger generation, have quite a few beginning investors.

That’s great that they’re there and asking questions; we were all beginners once. Whenever the market has a hiccup — maybe a 5% or 10% drop, the questions start to come.

The answer, of course, is nothing and nothing. Maybe invest again since it’s been a month. Consider tax loss harvesting when you’re dealing with higher dollar amounts.

I can totally identify, though, as I remember calling the advisor I used to invest in a Roth IRA as an intern when my $2,000 contribution was worth about $100 less the next day. That’s when I learned about front-end loads. That was normal or so I was told.

It didn’t matter that the market was actually up a tiny bit; I was paying 5% for the privilege of investing in that fund with him. I don’t want to name names, but I no longer work with him or would ever work with anyone affiliated with that company that rhymes with “seedy bones.”

Eventually, I moved my business to T. Rowe Price and now Vanguard.

Now that I’m a more well-seasoned investor, I don’t pay front-end loads nor do I freak out when I see my portfolio drop by $100, $1,000, or $100,000. If you’re going to be invested heavily in equities and reap the rewards that long-term investors tend to get with them, you’ve got to be able to stomach the volatility.

When You Have an Insanely Safe Withdrawal Rate

Our initial withdrawal rate if all active income streams were to cease tomorrow would be around 2%, assuming we continue to spend a similar amount in the upcoming years as we have in recent years (and add the cost of health insurance).

That’s not exactly what’s happening, though. When I leave medicine behind, I’ll still have active earned income from this site. Retired not Retired.

With the charitable mission we’ve got here, I donated more than we spent in 2019 (see my 2019 tax return line by line), and we’ll continue to have a negative withdrawal rate, as we have since I started working.

I don’t anticipate adding as much to our accounts as I did in my full-time anesthesia years, but I won’t be implementing my drawdown strategy just yet, either.

Even if we ignore the online income and plug our numbers into FIRECalc simulator, we get an average balance 50 years later in the tens of millions and nine figures is not impossible by my 100th birthday. Compounding is simply incredible.

Early in my career, I was daydreaming while mowing the lawn. Playing with the Rule of 72 and knowing how much we were setting aside annually, I realized we had a good shot at reaching a net worth of $10 Million if I continued to earn and save at that pace to age 60.

It was quite the revelation. I had no specific plans for that money, but a nice round number with an 8th digit seemed like an awesome target.

In recent years, I’ve realized we likely would not live much differently with a fraction of that. Just 1/3 of that grand sum would give us a $100,000 annual budget with a very low 3% initial withdrawal rate. With no mortgage to service, we’re spending less than that, anyway.

When I say we wouldn’t live much differently, that’s not entirely true. Our spending habits and desire for material goods may not change much, but we did make a huge, intentional lifestyle change.

I traded a demanding job that required me to be in one place and accept huge responsibilities for location independence and no alarm clock, pager, and none of that life-and-death stuff.

It was a massive lifestyle shift, but it’s not lifestyle inflation in the way we usually talk about it. It’s a lifestyle that I’ve dreamed of for years.

I haven’t stopped chasing my dreams, but I no longer have that $10 Million dream. However, when I did the math, I realized that our ability to reach that figure will be based more on market returns than whether or not I’m working.

Looking back at my 13 years of post-residency work, I probably set enough money aside to make us financially independent without even having to rely on investment returns. The returns have been quite good — thank you, record bull market that ended in 2020 — and that put is in better shape than expected.

When you’re playing with house money, to use casino parlance, you can afford to take bigger risks with that money. With that mindset, I’ve remained invested aggressively in my own portfolio, allocating just 10% to bonds with the rest in stocks and real estate.

The lower your withdrawal rate, the more volatility you can withstand, and the more aggressive your portfolio can be.

I prefer to leave most of my chips on the table. In this game, the investor has the advantage. The house may share in our earnings, but the long-term payout of remaining invested in stocks and bonds has been stellar.

Do I need more money? No, but I no longer think about just what I need or want. This world is much larger than my family and me.

Every dollar I have and don’t need is a dollar that can be used for something greater than my own indulgence. If The Giving Pledge accepted lowly 7-figure people like me, I’d sign on in a heartbeat.

Back to Losing a Million Dollars

What I’ve been getting at, in a very roundabout way, is the truth that I hope to continue growing our wealth, even after retirement. How will that happen?

It starts with a very low withdrawal rate. Average market returns are 3 to 4 times what we plan to draw from our retirement accounts.

There’s also the continued earned income. We’re now at a point where we can donate a six-figure sum annually and still not touch the money we’ve set aside for retirement. I believe there is room to grow this online income, as well.

Finally, I could always consider another career someday. We’ve got a decade or so until we become empty-nesters. Once our little birdies have flown the coop, I may be interested in doing something completely different with my time.

Ultimately, I’d like to be in a position where losing a million dollars represents a small enough percentage of our net worth that it would be considered usual and customary to suffer such a drop.

Don't Miss It
Can a Bear Take Away Your Financial Independence?
Don't Miss It
Top 5 Expenses that Go Down in Retirement