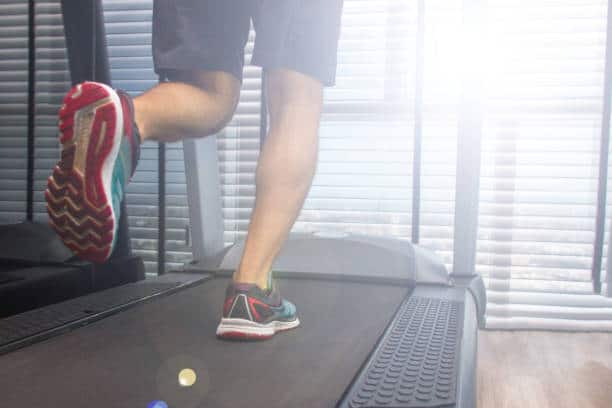 The hedonic treadmill is a theory that we quickly adapt to a change in lifestyle or goods and it becomes a new normal. What do you do when life hits a ludicrous speed?
Today’s Classic is republished from Physician on Fire. You can see the original here.

If you are a reader of personal finance blogs, you have probably been introduced to the idea of the hedonic treadmill.

The concept, which I referred to in posts about having enough and financial freedom, essentially means that the benefits of lifestyle inflation tend to be short-lived as you rapidly reset your baseline to the new normal.

The shine of the new and improved object or experience tarnishes and the only way to get it back is to upgrade again. It can become a vicious cycle. Continuing to upgrade to more, bigger, and better things essentially has you on a treadmill going ever faster and you’re doing all you can to not fall flat on your face.

“It’s not having what you want. It’s wanting what you’ve got” – Sheryl Crow, Soak Up the Sun

Once you start using that subscription, you see jetsetters with their own private planes, each wanting to do one another with bigger and better airplanes. No matter how many times you upgrade, there will always be someone with something better.

I try to stay off the treadmill by keeping special things special as I outlined in Make it a Treat. It’s an important lesson to learn and your life will be better and your pockets fuller once you embrace the concept of the hedonic treadmill.

Further reading on the hedonic treadmill

Perhaps you’ve seen headlines about incredibly high-income athletes and celebrities and their incomprehensible money problems. Johnny Depp has appeared in them regularly, and it’s been mostly negative press. Did you happen to read how he’s been spending his money?

He sued his money managers who in turn filed a countersuit detailing why Mr. Depp is having money troubles. Some of the more outrageous findings are:

I think Johnny’s treadmill has been speeding up for years and the wheels started coming off when it hit “ludicrous speed.”

E-mail exchanges between a financial advisor and him show just how out of touch Mr. Depp has become. Around the holidays, he wrote,

“I am doing my very best on holiday spending, but there is only so much I can do, as I need to give my kiddies and families as good a Christmas as possible, obviously within reason.”

I can’t help but wonder what “within reason” means to someone who reportedly burns through $2 Million a month.

The number one lesson I take from the revelations is that any income can be overspent. In peak years, Johnny Depp earned $100 Million or more. Somehow, and it took Brewster’s Millions type spending, he was able to spend hundreds of millions of dollars.

I should point out that despite the lawsuits and bad publicity, it does not appear that he is destitute. This site estimates his current net worth at $200 Million although the bulk of that may very well be tied up in the assets he has purchased (homes, yacht, art, etc).

But is He Happy?

Circling back to that Sheryl Crow quote, I think it’s fair to say that a man who spends $2 Million a month is not content with what he’s got. He’s chasing more. Perhaps he’s chasing happiness.

I have no idea how happy the man is, but if I went through an expensive divorce, had my dirty laundry aired in a multimillion-dollar lawsuit, and attracted the attention of the President’s Secret Service all over the course of a year, I don’t think I’d be a particularly happy camper.

I recently read that regardless of income, a survey showed that people consistently say their ideal income is 20% higher than their current income. Whether a person makes $30,000, $300,000, or $3,000,000 a year, we are programmed to believe more would be better.

I think we’d all be more content if we could learn to want what we’ve got rather than always wanting more.