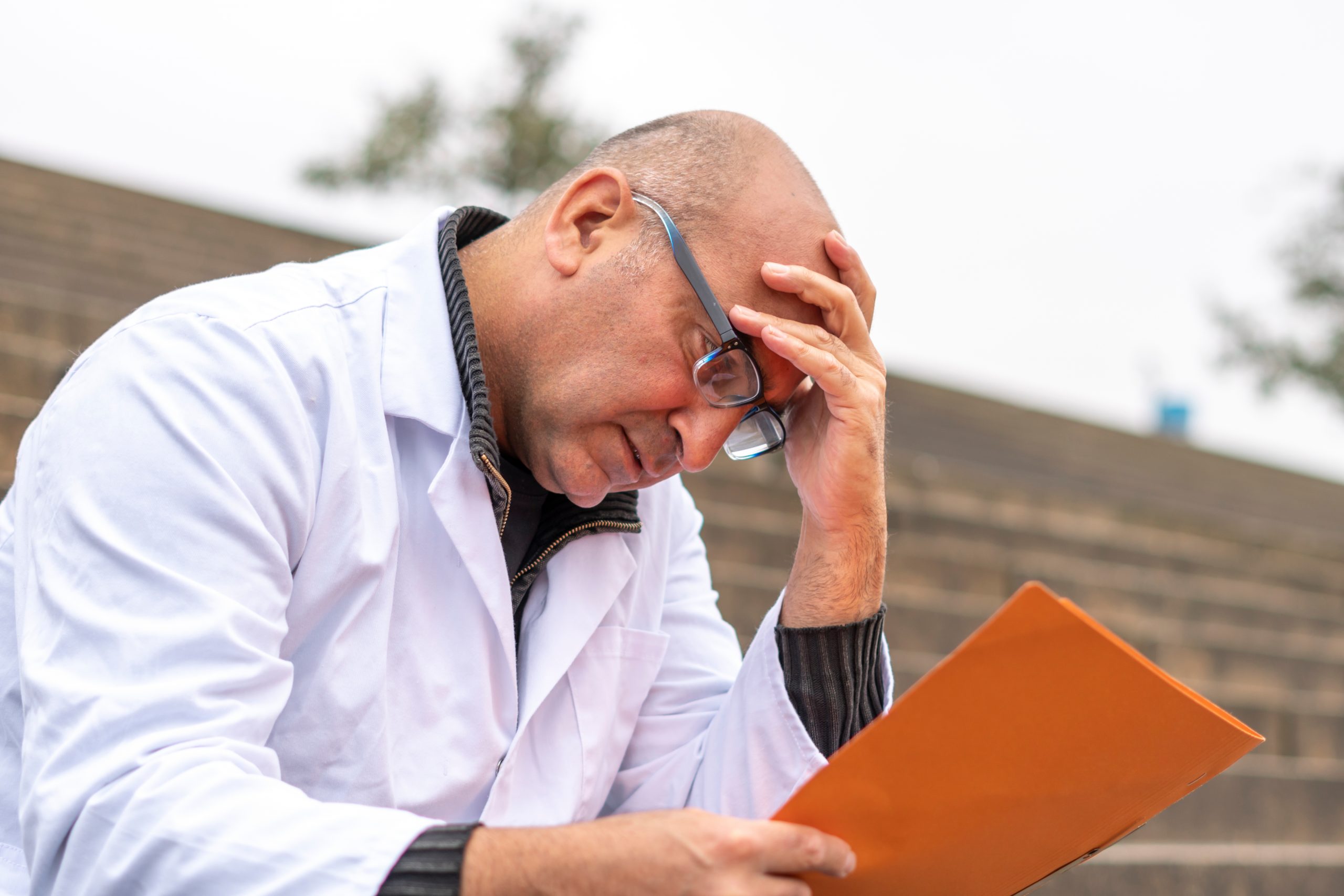 Why aren't doctors rich? Take a look at Goldberg's experiment to find out.

The Physician Philosopher explains how many doctors have flawed intuition and judgement, proven by Goldberg's experiment.

Tag along as we dive into the mind of physicians and investors, and where those two worlds intertwine.   After the deep dive, we will discuss how to defeat this flaw and set ourselves on a path for financial success.

In the beginning, Goldberg asked several well-trained radiologists how they set out to determine when people had stomach cancer. The doctors explained that there were 7 criteria that they use to make the diagnosis.

Goldberg created an algorithm that would strictly adhere to these 7 criteria.  Thus, he removed many of the psychological hoops that radiologists jump through (and the biases that are produced) when making a decision.

See, Goldberg was not so much interested in the accuracy of the algorithm.  Instead, he was much more interested in how the physicians came to the diagnosis of malignant or benign in the first place.

So, Goldberg set up an experiment.

In this study, he compared his algorithm, which was built on the criteria provided by expert radiologists, to the radiologists themselves.  He showed dozens of images and asked for a diagnosis.

During the study, the radiologists were also shown duplicate images multiple times during the study.  However, the duplicates were randomly presented and separated by many other images.

The results were surprising.

First, though the physicians were the ones with the experience and knowledge to provide the criteria, the algorithm outperformed the doctors by a staggering margin.

In fact, the algorithm outperformed all of the clinicians as a group, and even the single most accurate physician involved in the study.

Third, the accuracy of the judges did not correlate with experience.  The least experienced doctor was just as likely as the most experienced to make the same mistakes.

This study (and many others like it) show that humans are irrational.

While we don’t diagnose stomach malignant processes in the same way today as we did in the 1960s, the point remains the same.  How many times has a bad patient outcome impacted the way that you practice medicine in the future (even if there is no evidence to support the change)?

We all do it (or at least have to actively fight against it).  We make exceptions when we shouldn’t.

Personal finance decisions are no different. Think about the number of times that you have made a purchase that you regret.

This may be a house, a car, or some designer gadget.

If you think back to how that transpired, there was likely an inner dialogue that explained why “this time” you “needed” the item you bought.  It may have even involved saying those inner thought out loud to your significant other.

This process involves reasoning our way through a purchase.  It’s the same process that happened with the radiologists in the study.  Instead of following their own criteria strictly, they said, “Well, in this specific case I think this criteria is less important than that one.”

Unfortunately, the more intelligent you are the easier it often becomes to “reason” our way to a bad decision.

Because we are irrational. Just like everyone else. But we are also really good at reasoning our way to bad decisions.

The way to defeat our irrational thinking is by creating a rational financial plan that we can stick to – regardless of what is going on. If you want a good place to start, consider reading a great book on personal finance.

You can also defeat your irrational mind by sitting down when you aren’t in a moment of heated passion for a new car, house, or gadget.  Then, spend some time discussing what we want our ideal life to look like using the Three Kinder Questions.

Once the big picture is squared away, we take a look at what is preventing us from getting there.  If you are like most, it probably has something to do with your high debt burden and lack of assets.

It also likely involves creating a practical investing plan. This plan should involve “automatic” payments that go into their designated accounts before you even have a chance to screw things up.

This way you can stick to the plan without a chance to rationalize a bad decision.

You can look at the plan and determine the best course of action, because you’ve already outlined it. Just like the algorithm that outlined the criteria for diagnosing cancer above.

The doctors in Goldberg’s experiment had the intelligence and education to diagnose cancer.

Actually, they gave him the criteria to make the algorithm in the first place.

Yet, they failed time and time again because they didn’t stick to the plan and reasoned their way to bad decisions.

This bias towards reasoning our way to an irrational decision is why simplicity always wins in both clinical medicine and personal finance.  If you can create a “set it and forget it” financial plan that will get you to your goals, then all that is required is to stick to the plan.

This means that there are no “this time it’s different” thoughts or “yeah, but buying this would really help us do that!”

As John Templeton so astutely pointed out:

The four most expensive words in the English language are “this time it’s different.”

Don’t fall into that trap.  Create a plan, and then stick to it.  If you do that you’ll be far ahead of your peers.  And, if you learn this skill, you just might be a better doctor, too.

What do you think?  Are there biases that you fight against?  Have you ever regretted a purchase that you rationalized at the time?  Leave a comment below.

Don't Miss It
You Are the Average of the Five Physicians You Spend the Most Time With
Don't Miss It
EquityMultiple: An Interview With CEO Charles Clinton