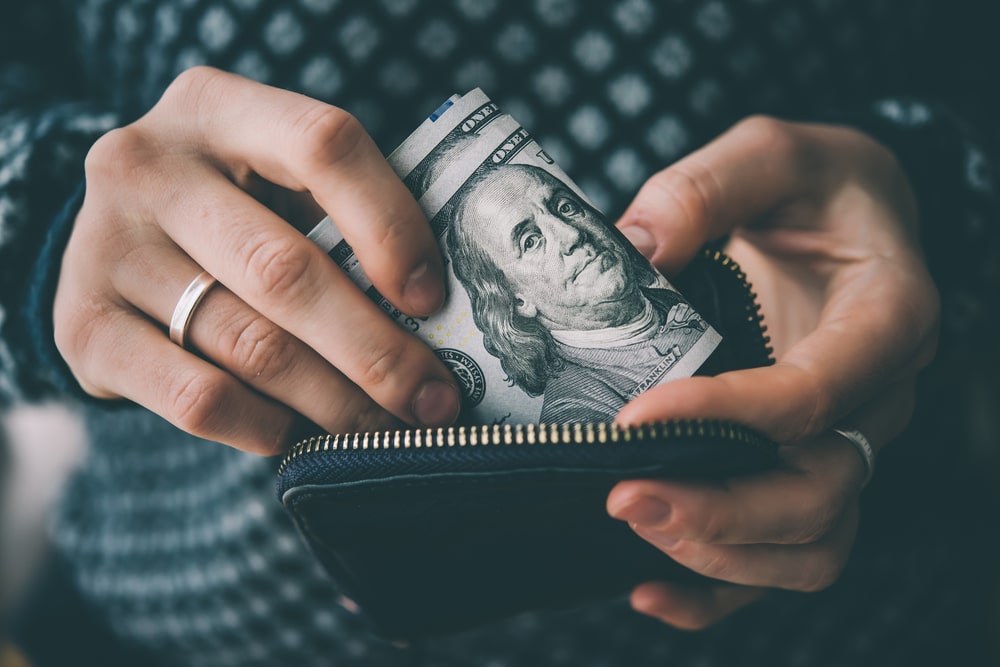 My Worst Financial Decisions of 2019

Well, we’ve reached the end of another year, and as such, it’s a good idea to take inventory of how things went both personally and financially.

It’s important to note the victories, but it’s just as important to see the places where I could’ve improved. To some, they might be seen as failures. But I see them as challenges and opportunities to learn.

What are failures but simply steps on the way to success, right?

Okay, I can chalk some of them up to poor decisions. However, I’ve learned that action trumps everything. If you never set sail, you’ll never be able to course correctly and ultimately reach your destination.

If you’re so afraid to fail that you never make a move, your situation will never improve. I always consider the cost of inaction before the cost of failure.

With all that being said, it was a huge year for both personal and financial growth.

In the past, some of the biggest mistakes I’ve made have been investing in Bitcoin and trying to day trade without knowing what I was doing. In fact, it was just pure gambling at that point.

But every year I learn more, and I get just a little bit smarter. So, what are my criteria for the worst financial decisions of 2019?

Well, it’s a decision that definitively had a loss of some sort in this calendar year. I might've actually made the decision earlier, but it became very clear that it was a poor decision in 2019.

For example, sometimes with longer-term investments, you have to hold judgment unless they go to completion. I have some real estate deals that are doing great. Others are lagging in terms of returns, but again, I wait to see them go full cycle until I make a determination on them.

Without further ado, here are the worst financial decisions of 2019:

1) Removed a tenant from one of my properties

This is one is a softer call, so I'll start with this. I decided to remove a tenant of my Indianapolis property, and the property has gone unrented for the last four months.

This was the first rental property I ever purchased (several years ago), and I still manage it remotely. The funny thing is, I’ve never even seen it in person. I bought it through Investimate and everything was handled for me.

It’s been a great stepping stone for me to gain the confidence and knowledge to invest in other properties as well as other passive real estate deals.

But the tenant I’ve had for this past year has been difficult. They’ve just been chronically late on payments.

Many people love investing in single-family homes, because you only have to deal with one tenant, and typically these tenants tend to stay longer. They also tend to take care of the properties better because of the pride in renting an actual home.

The downside is if you have a problem tenant, that’s 100% of your property's issues.

In this case, the tenants were chronically late on their payments. We even had to take them to eviction court a few times. But each time they produced the necessary funds.

The thing is it sounds like a major hassle, but in fact, I was still able to easily manage it from afar due to my property management company. They asked me to make the major decisions, I would make them, and they would handle them.

Well, it came time to renew their lease and I decided to not renew it with them. We got the house ready for rent. I quickly discovered that the market must’ve softened for rentals because, at the current price, we haven’t had much luck. We’ve had potential tenants, but it took us a little while to take a hint and lower the rental price.

So. . .  it’s been sitting unrented for the last four months. That’s a killer on the cash flow. I can cover it without any problems, but it’d be nice to have a tenant. I debated whether it would have been better to have those tenants in place until a better time of the year to list it for rental. They were paying, just late with a penalty fee.

However, the decision has been made, and I now have to make a decision on whether to keep renting this single property or consider selling it. I’m considering another purchase in 2020, and perhaps it would be good to take the appreciation and mortgage pay-down and roll that into a multifamily property.

I had a market analysis done, and I found that the property should sell at a 40% increase from when I bought it four years ago. Again, that doesn’t account for the cash flow, tax benefits, and mortgage pay-down as well. I'll keep you updated as to what I do. Hopefully whatever I decided to do will be one of the best decisions in 2020.

I don't know about you, but I'm kind of a sucker for memberships. I always seem to find a way to justify them, thinking I’ll get more of my money’s worth by joining these memberships.

For example, I calculated I would be saving 40% by purchasing a yearly membership to a local yoga studio. Well, I went once every year. That wasn’t smart. I could’ve just paid for a drop-in class and saved thousands of dollars.

I also purchased a season pass for my whole family to Disneyland (we only live about 45 minutes away). We’d used it well in the past, but this year, with both kids in school and all the blackout days, we went twice all year. It would’ve been cheaper to just buy the tickets as needed.

Three months ago, I paid for a membership to a rock climbing gym and I haven’t gone since the very first time. Again, I had great intentions, but I haven't used it. At least in this case, I have some time left to get my money’s worth.

What have I learned? I have to slow down with some of these memberships. In fact, I have so many memberships that I’ve lost track of most of them.

I have memberships for Spotify, Costco, and Amazon . . . is useful in theory, but it can definitely add up. I think I’ll be scaling back on memberships in 2020.

Early on this year, I needed to find a new virtual assistant and I went for the lowest-priced help. In situations like these, you can hire both locally as well as abroad. There’s nothing wrong with abroad, but I haven’t had as much luck. Sometimes it’s a language issue or perhaps I’m not the best communicator.

But I made several different hires that didn’t end up working out. This process took so long that I wasted far too much money and time.

However,  I learned a lot about the hiring and onboarding process. This is a subject matter for a separate post, but I learned that I have to be extremely specific about how to do something. In fact, if it’s a repetitive task, I learned you can simply take a video of you doing things (through a screen share program like Loom, for example), and it makes it easier for the other person to do the task.

The other thing is that when I hire, I’m very clear about my experience and qualifications. I've also learned that it’s far better to pay for quality to get it done right the first time.

At the end of the day, these virtual assistants are there to save me time, which is my most valuable asset. So better to hire correctly and well right off the bat.

4) Lost money on an angel investment

I lost money on my first significant Angel Investment.

What is angel investing? Well, have you watched Shark Tank? Basically, you get to invest in a young startup. There are certain terms that you invest under.

I invested $100,000 in a real estate tech company (name kept confidential). It was going to revolutionize the way investment properties would be able to be searched online. However, they could never get their business plan together. They grew too big too fast, spent the money, and could never really come up with a good monetization plan.

As an angel investor, I was simply along for the ride.

I got a call this summer letting me know that they were going to be sold to a larger company. The sale was only enough to pay their debt obligations but nothing would be left for investors.

I could have seen that as a total failure and mourned the loss. But it was that first investment that gave me the confidence to create my own company as well as to try some different things when it came to creating my own real estate company and even as this blog.

I also made some good connections through that company as I was introduced to other investors. Who knows where some of those connections might take me?

While I would rather not have lost that money, I see it as a major learning experience. I learned I’m not the most astute angel investor. That what I thought was a good investment turned out not so great (not that these things are always predictable).

You have to spread your investments. I’ve invested in at least eight more companies and if the numbers are accurate, the hope is that one or two of these will be successful. I hope that’s the case, but if not, I learned quite a bit from it.

I also learned that I don’t enjoy angel investing as much as I thought I did. Shark Tank is definitely one of my favorite shows, but I don’t have the resources at this point to make the number of significant investments I think I'd need in order to make angel investing profitable. Also, those Sharks are able to make a significant contribution to the business strategy as well, to help their investments grow.

I think that in the future with any angel investments, I have to know the team really well. They have to have a stellar track record, and I have to have some meaningful way to play a role.

Well, 2019 has been an amazing year in spite of these financial challenges. I learned from them and it should only serve me better in the next decade.