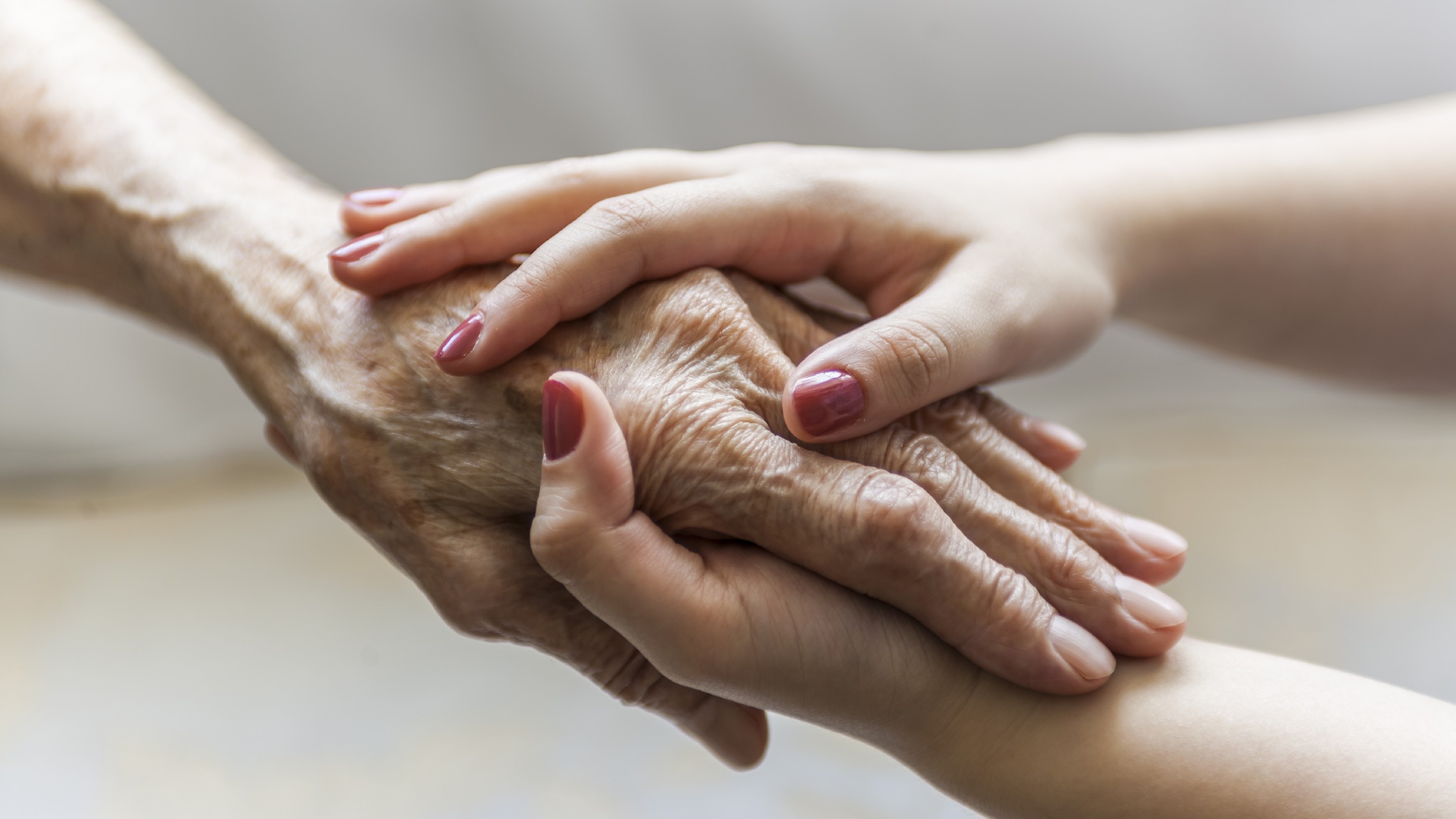 As I’ve aged and moved into different stages of life, I’ve found that each one comes with its own set of new financial responsibilities and issues. My wife and I got married during residency and we started dealing with how to manage finances as a couple. We had a child two years out of fellowship and so our attention started turning to how we were going to provide for our children both now and in the future. The one area we didn’t spend too much time thinking about or devoting energy to was how we were going to take care of our aging parents financially.

In an ideal world, everything would be all packaged up and ready for you when your parents need your help. However, we know that will definitely not be the case for most people. My father recently retired and as a family, we only started having conversations about my parents' financial situation in the months before my father retired.

My father was the primary breadwinner and my mother stayed home to take care of the family. Honestly, my parents and I never talked about finances growing up. It just wasn’t something discussed in our household. So that first conversation we had about money was a bit awkward.

As the oldest child in the family, I've always felt a sense of duty to make sure my parents are well taken care of and will enjoy a nice retirement. So I simply started the conversation by sharing a bit about my plans for retirement and asked them about their plans. Turns out, they had thought about it quite a bit, but some of the details weren't quite hammered out.

We had several conversations about this subject over the following months. Each time we ran into new issues to be tackled. Perhaps you’re in a similar place or will be soon, so I figured I'd share five major financial considerations that we discussed over the course of these conversations (that honestly are still going on today).

1) Income During Retirement and Budgeting

The biggest question most of us have about retirement is, “Do we have enough saved once we stop working?” If you’re thinking of retiring early, that calculation can be even more difficult. My father is 69 and my mother 67. Based on Social Security Administration info, the average lifespan of a man who has reached 65 is around 84 and for a woman who’s reached 65 is almost 87. However, we’d like to be conservative and plan for them to live for the next 25-30 years.

Personally, I would figure a way to support them fully if needed if the money ran out. However, both my parents and I want to plan in a way so that support isn’t needed. They live a pretty simple life and aren’t into luxury goods or expensive vacations. They mostly just want to go to places and visit old friends.

I asked them what their expected income in retirement was and they didn't quite have a number. They figured they'd be okay and expected to just see what it was when they got there. Of course, I wasn't satisfied with that, so I decided to take a deeper dive.

In brief, their assets and sources of income are as follows:

Based on these assets, we did a calculation of how much income they would be receiving once full Social Security benefits kicked in and assuming that we’d cash out 4% per year from their retirement accounts (according to the 4% rule). The number was slightly better than their expected budget based on current expenses. In the name of being conservative, we came to a decision that it would be nice to have a little more in the way of cash flow per month that we accomplished by buying some rental property. More on that later…

Since my father would no longer be working, what kind of medical insurance would they have after losing their employer's plan? At his age, he qualified for Medicare but only in looking into it further did I recognize there were multiple tiers, levels, and premiums. I was totally ignorant and assumed Medicare was pretty much one uniform plan. Turns out not to be the case.

So in order to understand their situation a bit, I had to take somewhat of a crash course on Medicare. What that really means is that I googled the term for as much info as I could find. Turns out that my parents have Medicare Supplemental Insurance F which is widely considered the most comprehensive of the Medicare Gap coverages. It covers the deductibles of Medicare A & B, multiple extra charges, amongst other benefits. Sure it was a little more expensive, but they felt worth it considering some things in our family history.

I asked if they had long-term care insurance. I didn't know much about it except that I had been asked to buy it in the past by insurance agents and remember it seeming quite expensive.

For those not familiar with the term, long-term care is help that is needed by people with chronic diseases and disabilities. This help can range from medical to non-medical, for example, daily life activities like bathing, eating, and dressing, as well as skilled care by nurses or other professionals.

According to the department of health and human services, someone turning age 65 today has ~70% chance of needing some type of long-term care services. However, there are reports that say for those aged 55-60, only 5% of them have long-term care coverage. Why? Because of the cost. The cost of coverage depends on what kind of coverage you sign up for but it can be $2000-3000 per year making it difficult for anyone to purchase.

My father never got it and we decided not to add it at the time. However, he recently has been dealing with an issue where we could definitely use the coverage and he is now paying out of pocket for a good portion of it. I’ve been amazed how high the costs are for this type of care. The cost for an in-house caregiver from an agency can easily be $25 per hour. Imagine for 24 hours coverage, that’s $600 per day, and for one week it's $4200. Yikes! Yes it’s after the fact and there's nothing we can do about it now, but we regret not getting long-term care insurance.

My wife and I recently set up a revocable living trust. It doesn't offer any asset protection but it spells out exactly how we want our assets to be divided if something happens to us.

My parents created a will but had no interest in spending the additional funds for a living trust. The major difference between a living trust and a will is that you still need to undergo probate with a will. Probate is a court-supervised process that helps the estate to get passed along according to the will.

It is also important to name a power of attorney for financial and healthcare issues. When you form a living trust or will, these issues are usually addressed. Thankfully my parents had already considered this issue and named a power of attorney in certain cases.

Fortunately, my parents are at a place where they can handle their finances on their own. However, I'm seeing my older relatives start to have problems with that very issue. It just made sense to discuss the issue before we were forced to.

So at the very least, we decided to organize some important papers and files and put them in a secure location with password protection. They also added my name to some accounts so that if I needed to get access, I could.

After crunching some numbers as mentioned above, we determined it would be nice to have a few more cash-flowing assets to pad their retirement income. They already had some cash from the sale of their previous home and so we decided to buy some rental real estate.

In fact, I helped them buy three rental properties at the end of last year. We bought the properties with different goals in mind. One was a multifamily property that would be expected to cash flow a good amount in a few years and two properties that would begin cash-flowing a few thousand dollars immediately.

We also decided that in the future, there was no need to take too many other further risks. We decided to not pursue any other higher yield investments and keep the portfolio well-diversified between stocks and bonds.

The only thing that you can expect out of life is that unexpected things will happen. Before you know it, your parents may be relying on you for physical and financial help. In a way, it's actually nice to feel like I can contribute to their well-being. They've done so much to take care of me, it's nice to return the favor.

If you’re getting close to that stage, it may be worthwhile to start thinking about having this discussion. I’m glad we at least talked about it before he retired. It really opened my eyes to true considerations during retirement. It's one thing to talk about early retirement, it's another thing altogether to talk through all the issues with someone going through it.

Now I know what you might be thinking – I've only mentioned my parents and not my wife's. That's true. To be honest, we haven't really had that discussion with her parents yet and it's something we need to do and have been meaning to do. Her parents have always been very savvy with finances and so we haven't quite felt as much urgency. At least it should be a little more of an informed discussion having gone through it once.

If there was anything I’d do differently it's that I would’ve talked about finances in retirement with my family earlier. So do it sooner rather than later if you can. I know you'll be happy that you did.

Have you had these types of talks with your family? Any other major financial conditions I should've mentioned? 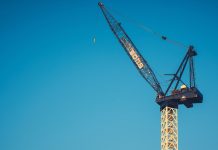 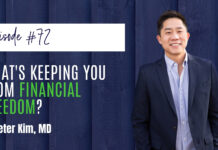 #72: What’s Keeping You from Financial Freedom? 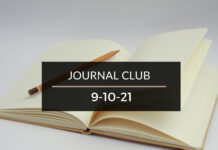