5 Things I Got Wrong About the FIRE Movement - Passive Income

BlogAll Articles
5 Things I Got Wrong About the FIRE Movement 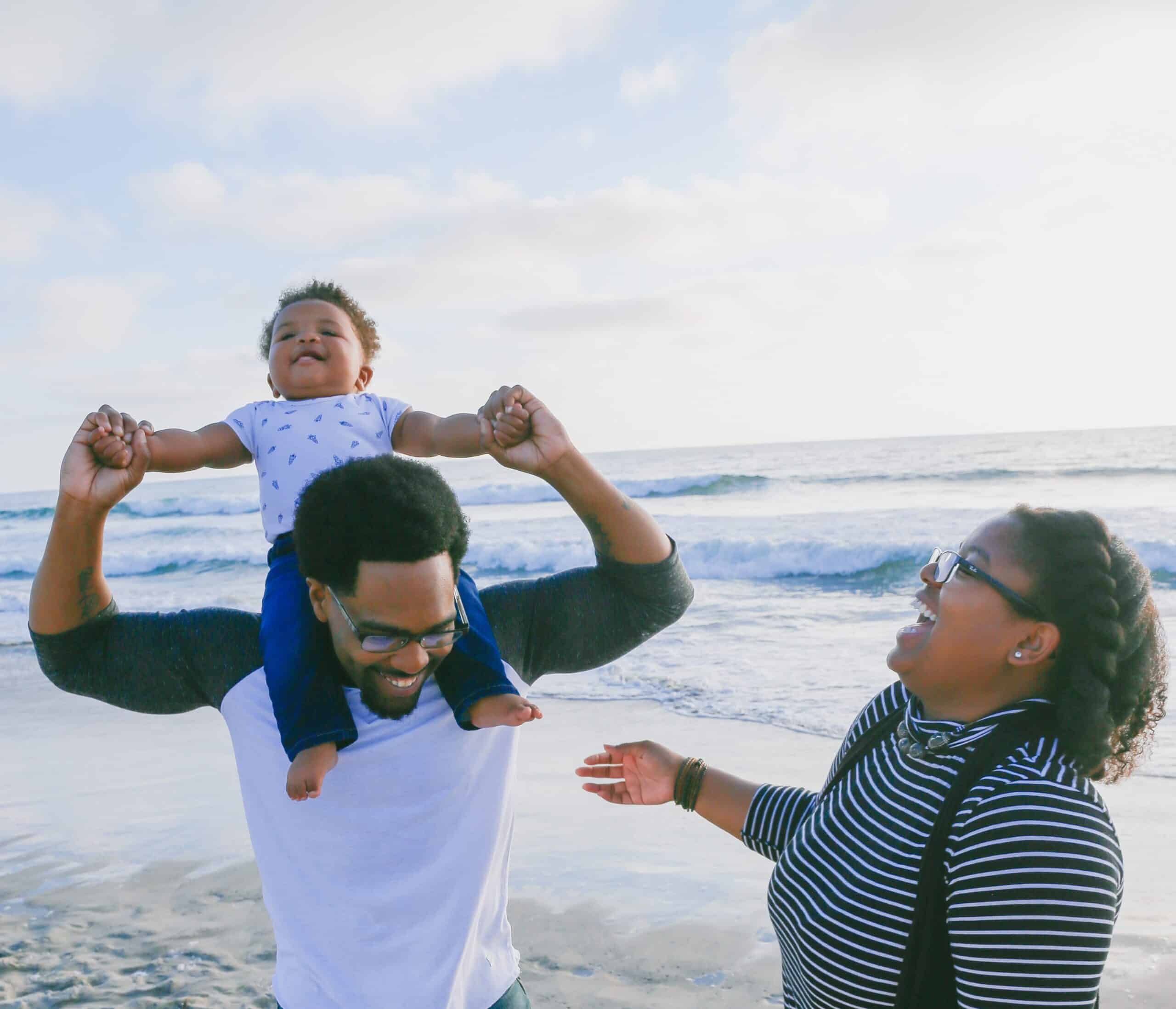 5 Things I Got Wrong About the FIRE Movement

Here at PIMD this week we are celebrating all things FIRE, especially our WCI Network partner, The Physician on FIRE, who left medicine over a year ago at age 43.

What does FIRE stand for?

It’s actually an acronym that stands for Financial Independence, Retire Early. I was introduced to the concept when I stumbled upon a blog post years ago by Mr. Money Mustache, The Shockingly Simple Math Behind Early Retirement. In it, he talked about how you can use your current savings rate, your current expenses, and something called the 4% withdrawal rate to figure out when you could retire.

Once your portfolio reaches a certain size, you can retire early and draw 4% annually from the portfolio to live off of.

The idea sounded fascinating but then when I looked at his numbers, I saw his yearly expenses amounted to $30,000.

I thought about my life as a doctor, paying student loans, living in California, having kids, wanting to travel and I decided, nope, it's not for me. At the same time I was learning how to create positive cash flow from real estate and decided the FIRE movement wasn't a great fit.

Then I came across a blog called Physician on Fire and over the years he’s helped me realize that some of my understandings about the FIRE movement weren’t quite correct.

Here are those top 5 misunderstandings:

1) It doesn’t apply to physicians

While I was reading some of those other FIRE blogs and how people were replacing their incomes and quitting their jobs, it didn't seem that this was something physicians would do.

Physicians have worked too hard to get where they're at to even consider the idea of retiring. However, as I began to hear more and more about physicians burning out and as I began to meet other physicians who left medicine to pursue other ventures, the idea didn't seem so crazy anymore.

As I began to understand more about the FIRE movement, I realized it was more about choices and options. For many physicians, if finances weren't an issue, many would still remain in medicine, but practice differently. Many others would leave medicine and find a different way to impact others.

I didn't know a single doctor who had built up a portfolio and simply retired… that is until I met the Physician on Fire. He grew his portfolio, achieved financial freedom, worked part time a while, then retired at the ripe age of 43.

What does he do now? I talk more about that later in this post…

2) You have to live extremely frugally for FIRE to work.

When I read about $30,000 a year in expenses it sounded not only frugal, but almost more like deprivation. Many of us are paying that much in loan payments alone. Then you add in a car, mortgage, a nice dinner out, and an occasional trip… no way that would work.

Utilizing the FIRE methods, since you'd be living off a fixed “income” from your portfolio, it seemed like everyone was more focused on cutting expenses, like daily lattes.

I can understand the benefit of living frugally and even minimalistic. I've watched the shows and documentaries and it makes some sense. I have no issue with anyone who chooses to live that way.

I like to call myself “selectively frugal.” I'll skimp on certain things (like clothes, watches, and fancy furniture), but I'll easily splurge on a nice experience like a trip with family, a concert, or the Superbowl. These memories carry on with you and continue to pay dividends for as long as you can recall them.

However, it turns out there's a movement called fatFIRE which I only learned about through Physician on Fire. There's no one set criteria, but it's simply about having way more wiggle room on your expenses to live a slightly looser lifestyle.

So yes, you can go on trips, spend on experiences but just be conscious of what to selectively spend on.

Turns out, he's not the only one living the fatFire lifestyle. In fact, he has over 16,000 people in his Facebook group talking about living that sort of life. Turns out you can be part of the FIRE movement and live a little.

Well, but what about kids? They're wildcards when it comes to expenses. It's one thing to predict your own expenses but what about for kids and then additional kids. What about summer camps and the big dreaded expense – college?

How could you possibly account for these retired with a relatively fixed income?

Can it be like dynamite to your retirement plans? Sure it can if you're planning to spend to the hilt on your kids. However, with intentional budgeting, many have figured out how to corral those expenses and still provide a great life for their kids.

It also turns out that you can save for college and future expenses during your peak earning years while striving for FIRE. You can put money away in 529 accounts and if you do it early enough, with a fair amount of compounding, it can accumulate to quite a bit by the time your kids are 18.

Worst case the kids end up taking some loans. Would that be all that bad? I took on loans and somehow life worked out okay.

If given the choice, would your kids rather have you spend more time with them when they’re younger or have you work more to have money to help them pay for college? I would venture to say they'd rather take your presence.

4) FIRE movement is only about the stock market

Well, it turns out this isn’t true at all. FIRE is more of a concept, but there are multiple vehicles to achieve the same thing,

The goal is to have your expenses covered by cash flow from investments and not from your day job.

This could be achieved through your portfolio of stocks and index funds. Or it could be accomplished from your cash-flowing rental properties or passive real estate investments.

The key is that this income source continues regardless of what happens in your day job. Turns out that I was part of the FIRE movement and an advocate for it all along but I was coming at it from a different angle.

I've always been about creating passive income from investments and the FIRE movement is about the same.

FIRE is all about choice and freedom.

What’s the difference between a job and a hobby? You could be doing the exact same thing, but one you feel forced to do, and the other is something you do out of passion. Again, it could be the same, for example being a doctor, but it sure feels different when you practice because you want to.

it seemed like many physicians wouldn't know what to do with their time if they retired early.

However, as I've gotten to know more doctors who have become financially independent, many have chosen to stay in medicine. Many others have found other ventures to “retire to.”

Seems like boredom is the last thing on people's minds.

Ask Leif – he travels, he builds homes, he spends time with his kids, he does medical missions, he gives vaccine shots, he runs a business, and he’s an investor. Sounds like he’s found a way to retire TO something.

How I Now Think About the FIRE Movement

I now truly believe I'm part of the FIRE movement. I haven't retired yet, but that's because I practice gradual retirement. As my passive income increased, I slowly bought my time back. It started with giving up weekends, then nights, then some days.

I've found a pace that's sustainable and allows me to live what I consider an ideal life.

Focusing on the concept of financial independence has allowed me to create options and it's completely changed my perspective on work and life.

Personally, I think everyone should see how they can fit into the FIRE movement and see what might work for them. At the very least, they'll explore how to live a more intentional life – spending time and money on their own terms.

So, quick cheers to my friend and partner Leif Dahleen, the Physician on Fire, who has totally changed the way I think about the FIRE movement.

Are you ready to start your journey by creating passive income through real estate? Then click below to the waitlist for our next class season. We will take you from zero to confident. There is no obligation to join our waitlist! See you on the inside!