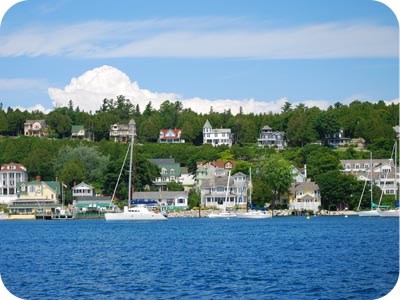 This Today’s Classic post is republished from Physician on Fire. The original post can be found here.

Freedom is something I write about a fair amount. An oft-used synonym for Financial Independence is Financial Freedom. Choosing to work as a locum gives you a whole lot of freedom, a freedom that can be gained without choosing to retire.

As a locums doc, you can choose to work as little or as much as you like. You can work in major metropolis or podunk mountain towns. You can make like a schoolteacher and take your summers off. If you’ve grown tiresome of your surroundings, you can make like a hockey player and get the puck outta here. You can travel the country in an RV, hopping from job to job, or stay put, accepting jobs only in your hometown.

Freedom can come with a hidden cost, the lack of job stability. You know the tablecloth trick, the one where you pull the tablecloth out really fast, and usually the dishes all stay put? But sometimes they don’t?

Several times, I’ve had the tablecloth pulled out once I had fully set the table, signed a contract, and even started working a locum tenens assignment. Your temporary employer usually retains the rights to cancel a job on short notice, a factor to consider when you negotiate a contract via an agency or independently.

The first time it happened to me, the dishes nearly crashed hard. I was told on very short notice that my agency had a malpractice insurance lapse, and that I wouldn’t be able to work for at least a couple weeks. This was maybe six or eight weeks into a 25-week assignment, my first long-term assignment in the fall after completing residency. I wasn’t about to accept the agency’s “solution” of an extended unpaid vacation.

Knowing that multiple agencies had advertised the position, I reached out to one of them and found that they could provide immediate malpractice insurance which would allow me to keep working. There were two or three days of discussions between the two agencies, the anesthesia group, and the insurance companies, so I did get a long weekend, but the offending agency agreed to pay me for the days I missed, so all was well in the end. I ended up working for the second agency for two weeks, and I finished out the contract under the first agency. If I hadn’t stood up for myself, no one else would have.

On another occasion, my dishes were left more or less intact when the tablecloth vanished. A nine-month assignment was canceled when a permanent doc was found. I was given enough notice to find a different job, one that was actually closer to where I wanted to be while my wife was interning as a dietitian. In the end, the new job was probably better than the first, and it offered more flexibility.

A third time it happened to me was a bit frustrating, as I had requested a specific week off from my full-time job to match another facility’s need. The need went away, and I had a nice little staycation with my young family. Talis est vita.

Unlike positions with partnership tracks, locum tenens positions pay well from day one. If you are qualified to do the job, you are paid accordingly. If you are a new graduate and used to working like a resident, you will find working a similar schedule as a locum can be quite lucrative.

With most locum tenens contracts I’ve signed, every quarter-hour you work beyond an 8-hour day is rewarded with additional pay. Call coverage can generate additional income. A hard-working locum can probably earn close to double that of a colleague putting in his or her time in hopes of becoming partner.

While locums can be advantageous, particularly for a new graduate, it can be tough to match the salary of some experienced physicians in private practice.

With hard work, you can make a well above-average salary as a locum, but the most remunerative jobs are going to belong to physicians who have reached partnership in an area with a good payor mix. I’ve done well as a locum, and as an employed physician, but never as well as the partners in a suburban practice with whom I once interviewed.

Pro: You only pay for the benefits you want

As a locum, you are an independent contractor, and you choose your own benefits. Most physicians who are employed or part of a larger group will be assigned a benefits package. The options and flexibility of these benefits vary widely, but the options can be limited.

For example, I am employed and have an excess group life policy as part of my benefits package. I didn’t choose it and don’t need or really want it, but it’s provided to all physicians employed by the hospital. Although I don’t directly pay for it, I do pay taxes on the provided benefit.

Similarly, an employed physician will have access to defined contribution and / or defined benefit retirement plans, but the investment options can be limited to lousy investments. Dr. Dahle, the White Coat Investor has devoted a post to the topic of choosing funds in a crummy 401(k). As an independent contractor, you can start a solo 401(k), stashing away up to $53,000 tax-deferred, choosing any investments you wish.

Con: Your benefits plan will be a DIY endeavor

While your options for health, life, and disability insurance are unlimited, it is up to you to find them. Yes, there are good people out there to help you with the task, but you must take the initiative and make it happen.

A solo 401(k) is a great way to save for retirement while reducing your current tax burden, but you will not benefit from any corporate match or profit sharing program. Currently, my employer kicks in about $20,000 a year to my 401(k). As a locum, you’re on your own, for better or for worse.

A locum tenens physician can easily steer clear of many of the non-clinical duties that are increasingly expected of more permanent “providers.”

If meetings and conflict resolution are not your thing, locums might be for you. If you’re not totally into reviewing and revising policies, rules, and regulations, locums is where it’s at. The buck circumvents you and lands squarely on someone else’s desk. You’re there to practice medicine, and that’s pretty much all that will be expected of you.

Being a transitory figure isn’t always a blessing. If you’re used to being an authority figure, you might struggle working in a facility with shortcomings, particularly if you know how to fix them. Your input won’t be sought and may not be taken seriously when provided. You will need to adapt to the local facility’s culture, even if it doesn’t jive well with your way of doing things.

Socially, your ephemeral presence may leave you high and dry when it comes to work parties and social gatherings. Some functions are reserved for the active medical staff, a mailing list you probably won’t be on. More informal gatherings might go down with or without you. In my experience, I have felt quite welcomed by my new and temporary colleagues, but I wouldn’t expect that to always be the case.

Have you worked as a locum? If you’ve got a pro or con to add, please do so below.