Your Fear of Investing In Real Estate Is Totally Normal 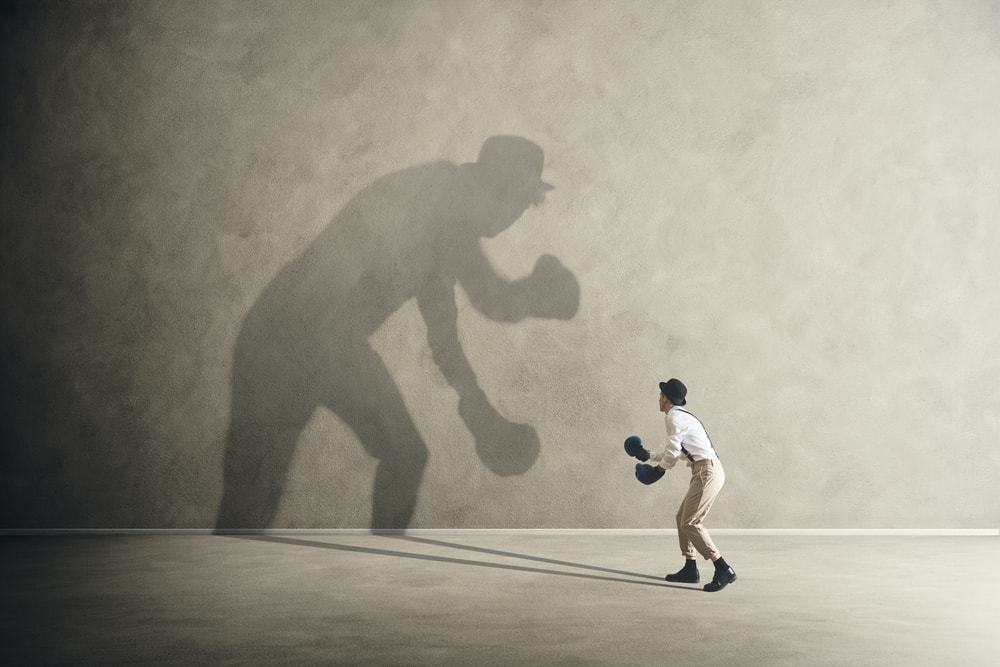 Your Fear of Investing In Real Estate Is Totally Normal

Over the last few years, I’ve talked to hundreds of people about real estate investing. Whenever the subject comes up, I’ve noticed that there’s a common thread.

There’s usually a genuine interest and desire to get into investing, but the reasons why they can’t (or won’t) do it are usually the same.

The funny thing is, I hear myself saying some of those same things still to this day. I’m not some investing guru who knows all the right moves, and I have the same fears and anxieties as everyone else.

I have to continually work to get over those fears and, to be honest, some of them still creep back in my head. It’s a process, and I’m always willing to work on it. What I’ve realized, though, is that you can’t address those fears at all unless you identify them.

Some refer to these fears as “limiting beliefs,” which is a term I love. It really points to the fact that these fears set limits on our potential, holding us back from our goals.

So, in the spirit of identifying those fears and (hopefully) setting them to rest, here are a few of the limiting beliefs in my own life.

“I Don’t Have the Experience to Make a Good Decision.”

I hear this one quite often: “I want to invest, but I don’t know enough yet.”

As I’ve said it many times, this was a big one for me when I first started investing. I wanted to invest in apartment buildings, but I was scared.

So, I started by investing in a crowdfunding deal. I put in $5,000. I knew that if I lost that amount, it wouldn’t be fun, but it wouldn’t put my family out on the street either.

Then I invested in syndication. That was for $25,000. I became a limited partner in a deal and owned just a piece of an apartment building. I was too afraid to own the whole thing, so I bought a share first.

Then, instead of buying an apartment building right away, I bought a single-family home. I thought that one tenant would be easier to deal with. I could handle one unit, right?

Within a year, I was ready to purchase an apartment building. Sure, I did it with a partner, mitigating some risk, but I got where I wanted to be. Even still, I felt like I had way too much to learn. But I’ve found that the process is the best way to do it.

The way I overcame this particular fear was to take baby steps. I took small bites, saw success, and that gave me the confidence to continue toward my goal. I realize it’s always a work in progress, and we’re always learning.

I’ve been able to add to my portfolio a few small buildings, but my next goal is a larger apartment complex. I hope to be able to share that story with you soon.

“I Don’t Have the Time to Figure It Out.”

As a young attending, I really hustled. I picked up extra shifts everywhere I could. The O.R. scheduler had my number on speed dial in case they needed to find someone for cases. Every little bit added up, and I was happy to be making that money.

However, despite the extra money, I found myself poor in time. Many of you might know that feeling. You work hard, make decent money, but if you needed time to learn, play golf, or pursue something else . . .  well, there was none of that.

I kept telling myself, that if I wasn't such a busy doctor, I might have the time to learn all about real estate investing. But for now, it wasn't possible.

Well, when some changes happened at work that made me re-examine the trajectory of my career, I decided to purposefully find the time.

It’s funny how when things move from a “should” (as in, “I should do that”) to a “must” (as in, “I must do this now”), only then do you figure out how to actually make things happen.

I felt I was in that “must” situation–and I found time to learn.

I found the time. I still had 24 hours in a day, but somehow, I was still able to work and squeeze some time for education.

Honestly, I found out that the way I was able to make that happen was that I sacrificed some other things – a lot of that was watching TV. I wasn’t ready to give up watching my favorite sports teams, but some of that Netflix binge-watching took a hit.

But it was worth it. It felt amazing to start learning something new, and I knew that taking the time to learn about investing was going to pay dividends. That fear that I didn’t have the time to do anything was just in my head.

It was a matter of figuring out what my priorities were and somehow, once I realized that, the time became available.

“I’m Going to Make a Horrible Decision and Lose a Lot of Money.”

This fear was my greatest source of anxiety when I first considered investing. In fact, I still have to address it even today.

As physicians, we’re trained to always do a risk-benefit analysis before making a decision. But when it comes to investing, most of us focus more heavily on the downside.

Honestly, this is natural. We crave security–especially when you have others relying on you, like your family. After all, I never want to make a decision that puts my family’s financial future at risk. I want to live comfortably and make sure my wife and kids are taken care of.

These completely understandable concerns can cause us to question our decisions. What if I fail? What if I choose the wrong investment and lose it all?

However, someone once pointed out to me that doing nothing is often worse than trying and failing. This simple thought completely changed my perspective. There’s something called the “cost of inaction,” and often we fail to consider that.

Sure, you can try something and you could fail. But failure in this regard doesn’t usually mean losing it all. More likely, you’ll just be in the same place you are now, still just grinding away.

On the other hand, if you put yourself out there and it goes well, then you have the chance to create the life you really want.

So with that perspective, I’ve realized that the cost of inaction is worse than the cost of taking action and flopping. The thing is, whenever I’ve talked to mentors and people who’ve achieved the same goals I set for myself, they all say they’ve made mistakes.

The difference is that they course-correct and keep moving. Things almost never move along a straight line. But the overall trend always moves upward.

The funny thing is, we’ve all done this before. We’ve hit goals without a guarantee of success. We’ve worked hard, made mistakes, but then figured out ways to be successful. But somehow, we feel we don’t have what it takes to “make it” in other areas in our lives—even when we’ve all done it before.

So, I’ve learned to not focus exclusively on the downside. I still recognize it’s there, and I do everything in my power to mitigate risk. But I don’t only see and consider that side. I look at the upside as well.

I think this is a true risk/benefit analysis. Figure out how to maximize benefit and at the same time mitigate risk.

Ultimately, these fears, or limiting beliefs, still exist for me. They pop up every time I consider trying something new. I’ve just learned to recognize that they’re there and draw from previous successes to realize something very important: they’re mostly in my head. If anything, all they’re really doing is keeping me from achieving my goals.

So take it from me, those thoughts in your head, they're totally normal. But let's figure out how to get past them together.

What are some of your biggest fears?

Hop over to the Passive Income Docs FB Community to talk about it with others who are more than likely experiencing the same.