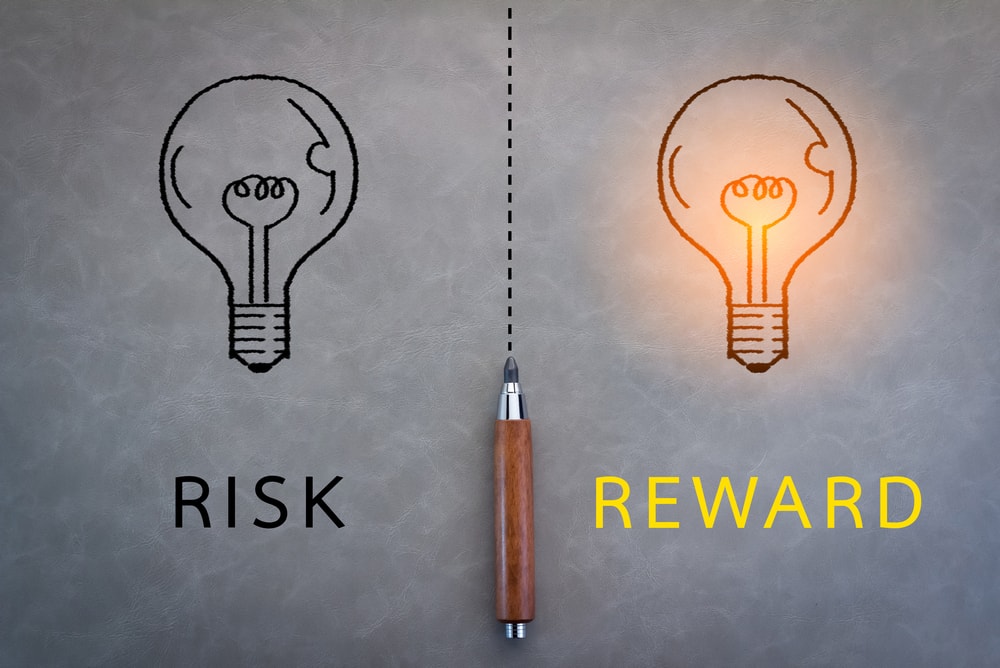 I remember my first real estate investment vividly. It was a $5,000 investment in a deal found on a real estate crowdfunding site. Looking back, the amount of money wasn’t huge (I had been an attending for a few years, so losing this investment wouldn’t crush my future), but it sure felt like it.

Investing in real estate was a brave new world for me, and taking that first leap was quite a challenge. Plus, no one likes the thought of potentially losing money.

The decision to make that first investment was a long time coming. As an anesthesiologist, I’ve been trained to analyze the risk-to-benefit ratio in every decision I make at work.

It’s not something I usually have a ton of time to sit and think about at work since I'm taking care of patients in real-time. However, even when I'm outside or work and make other decisions, going through the process has simply been ingrained in me after years of training.

So, I asked as many people as I could about real estate crowdfunding. I did my research. A lot of research. When I finally found something that piqued my interest, it happened to be a debt deal: the borrower of the funds was looking to raise money to fund their fix-and-flip property.

As investors in this deal, we would essentially lend to the borrower as if we were the bank. They wanted the money for 12 months at an 11% APR, meaning that every month they would pay me the interest on my investment, which is calculated as an 11% annual return for me.

It was a pretty good deal for me, provided nothing went wrong. Fortunately, nothing did, and I got a decent return out of it.

The return was good, but I got something much more valuable out of that first investment. It gave me a little courage and opened the doors for me to make other, more lucrative and long-term investments.

I’ve seen this same thing happen to other physicians. They’ve lived in this “analysis paralysis” state for years.

They want to make an investment, they want a change, but they give themselves all the reasons in the world why they can’t take that first step.

This could be for many reasons:

Of course, everyone’s situation is different, and there are legitimate reasons to not invest. But if we’re honest, most of the time that hesitation boils down to fear and anxiety.

There’s nothing wrong with being cautious and doing your due diligence to the best of your abilities. In fact, what really scares me is when physicians make their investments with no due diligence at all.

They just take the word of a colleague or a friend that “it’s a good deal” then dump a good chunk of money into it and cross their fingers.

There’s also nothing wrong with taking advice. But it’s important to know exactly what you’re getting into and exactly what makes the deal a good one for YOU.

Yes, your goals might be different, and a good deal for one person might not be the best for another.

For example, let’s say someone is trying to make sure their portfolio is balanced with different types of real estate investments with different strategies.

They have some nice, safer deals, and they’re willing to take on a little more risk for potentially higher returns.

However, their friend might not have any other safer, cash flow investments, and they’re going all-in on this deal when what they really need is cash flow.

It’s all personal, which is why it’s important to understand what your goals and objectives are when choosing a deal.

Shifting Your Mindset Begins With You

I remember talking to a friend nearly five years ago who was considering investing in a rental property.

He was looking at several, and he always seemed to have an excuse as to why it wasn’t ideal.

The property tax in that area was too high or the projected return was .5% lower than he hoped for that area. He wanted to wait for interest rates to drop. On and on.

Well, I checked in with him recently, and guess what? He still has yet to purchase a rental property in spite of having that desire for all these years.

Unfortunately, not much has changed for him, except that his personal expenses have increased and he’s more entrenched into being financially dependent on medicine.

For so many of the people that I’ve seen become successful and reach their goals, there’s one big factor that has led them to that success – the mindset that in order to make a change, you have to take action.

That willingness to take the first step is critical – even if it’s a small one.

Of course, there’s no guarantee that that first step will be successful. But I can guarantee that you will learn something from it, and it will help you with the next deal. And the next one, and the one after that.

Many of you have probably heard that Chinese proverb: “The best time to plant a tree was twenty years ago. The second best time is now.”

Action should always be valued over strategy. Winners are the ones that ultimately take action. I'm not saying strategy is important, but strategy without action means nothing. Planning means nothing if you don’t follow through.

So I encourage you – take the first step. It doesn’t have to be one that changes your life either way, but it just might lead to the step that does.